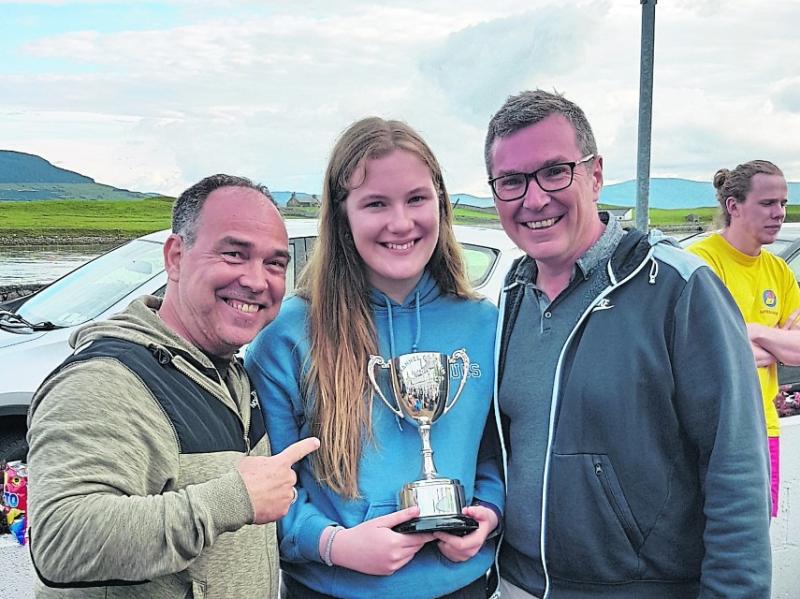 Carrie McDaid from Dromahair was the first female home in the annual Channel Cup Swim on Saturday last.

The 1,500 metre swim commences at the Yacht Club in Rosses Point, out to the Metal Man and then down the Channel and finishes at The January Perch opposite Harrys Bar, Rosses Point.

Seventeen year old Carrie was sixth overall and first female to regain the title she also won in 2016 and 2017.

The second woman home in the Channel Cup Swim was Lia Hanley from Fivemilebourne.