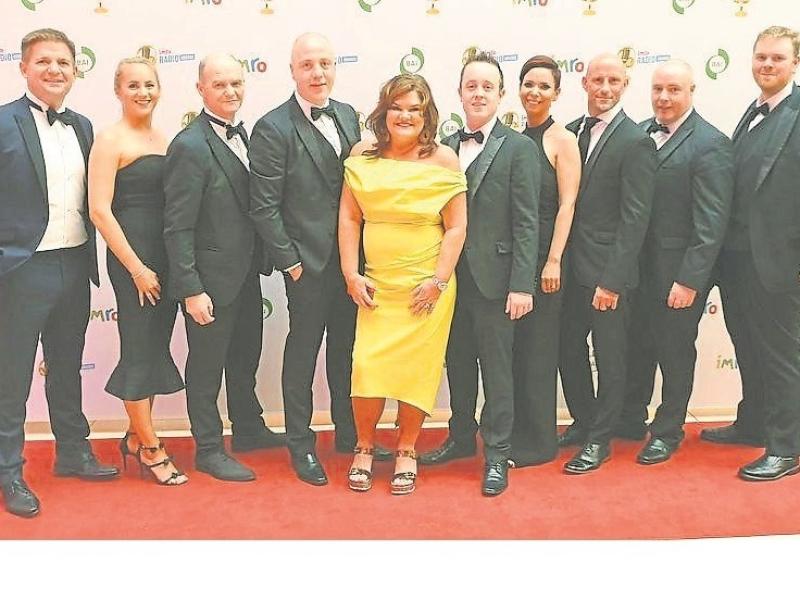 The 2019 IMRO Radio Awards took place recently in Kilkenny. For Ocean FM It was a hugely successful occasion with Niall Delaney, The Francie Boylan Show and Ocean FM’s coverage of the local elections all winning awards, while the station also won bronze in the ‘local station of the year’ category.

Leitrim success in nothing new in the IMRO Radio Awards or the PPI awards as they were previously known. Vincent Woods has already been inducted into the Hall of fame and many Leitrim natives have been successful in the previous years in various categories.

The radio industry has changed almost beyond recognition from the one that I first joined in the mid 1990’s.

Digital media is now part of the equation and every media outlet now is ‘multimedia’ with demands for audio, visual, digital and print media part of the workload.

Consumer’s habits and demands have changed as well with the requirement for the latest news and sport on demand at the click of a mouse or a tap of a smartphone.

Today’s world is far removed from the days when you would have to wait for a music show like The Hotline, The Hot Hits Hour or The Power Hour for the latest chart music, today’s generation want instant access to it 24/7.

This was a time you would have to wait until after 11pm on a Sunday night until the late great Sean Og O Ceallachain would read all the GAA results from across the country to see how your local club fared out if you were not at the match.

With the advances in technology more podcasts are also coming on line as well as an increasing number of online publications.

So news and sports coverage on radio is in many ways facing similar challenges that newspapers have faced with competition from digital outlets. It’s a case of having to adapt to the current conditions to survive.

Radio still plays a huge part in the lives of many people in rural Ireland. One recent story reminded me of the importance of this when a call bounced into the newsroom at Ocean recently during the Paschal Mooney show.

The listener proceeded to tell me how he had purchased a Bose radio at considerable expense online from the States and had it shipped over.

The reason he made the purchase was to make sure he could get a quality signal and enjoy some of his favourite songs that Paschal was playing on his Saturday show.

Another true story was when I had a Shannonside jeep for an outside broadcast a number of years ago, on spotting the branding on the jeep I was asked to enter a house and re-tune the radio back on the Shannonside frequency after some of the grandkids had moved it. So radio does play a big part still in many lives.

The arrival of social media means that there are updates on games and news stories on a frequent basis but no matter how quick they are on twitter, local radio still has the ability to describe the events even faster especially when it comes to sports commentary.

Equally so there is still a special feeling in opening the Observer on a Wednesday to see what John and Philip made of the weekend’s match, where it was won and where it was lost!

A well known and hugely respected GAA commentator once told me that the requirements of twitter, Facebook and other social media sites is leading to a drop in the standard of reporting on national matches with reporters having to keep these social media sites updated during matches and as a result they are literally taking their eye off the ball.

There are ways to embrace technology and from having the pleasure of working with Austin O’Callaghan (The head of sport with Ocean and well known BBC journalist) the way he has embraced technology has opened my eyes to a whole new world.

Online match commentaries that are available on the station’s website when there are other games being covered on the FM frequency have become hugely popular with those living all over the world and of course here at home as well.

It amazes me every week to see the messages coming in from all over the world from sports fans that use this as a way of staying abreast of local games.

In my time from having worked on radio I have worked with some hugely talented broadcasters.

On a news and current affairs front Niall Delaney and Joe Finnegan are simply the best in the business when it comes to not just following but perhaps setting a local agenda.

The fortunate thing about working in Ocean is that the station is locally owned and managed by people that live locally, have a vested interest in their local areas and are involved in different community groups.

Over the morning tea or coffee the championship game will be discussed as well as other significant local event. It’s not just work it’s a way of life.

Radio has produced many local legends, one Leitrim contender for the Hall of Fame category has to be Drumshanbo’s Paschal Mooney.

It’s a few years now that I remember listening to Paschal for the first time providing updates on RTE Radio on various GAA games from all over the Country.

When I started covering games years later Paschal was always helpful and welcoming in the press box and that was a big help for a young cub staring off.

My late father never missed ‘Keep it Country,’ the only place before local radio where country music could be heard and that show did so much in promoting country artists.

In more recent times from spending many nights traveling to and from different venues one of the most interesting radio programmes I used to tune into were the documentaries that Paschal presented from Irish centres across the UK.

It was brilliant radio that tracked the lives various Irish people that departed a very different Ireland, and it was so interesting to hear their stories of how they had to make a new home and a new life themselves in different parts of England.

In May I had the pleasure along with Francie Boylan, Kevin Blessing and Brian Kerrigan of working on the local election coverage with Paschal, his background as a senator and councillor resulted in him in having extensive knowledge of the workings of the political process around the councils but his biggest achievement was the way he could guide the listener or viewer through what had happened, what was unfolding and what was likely to happen.

To sum it up an all-rounder in the radio industry and in my humble opinion at least somebody that should be included in the list of all-time radio greats.