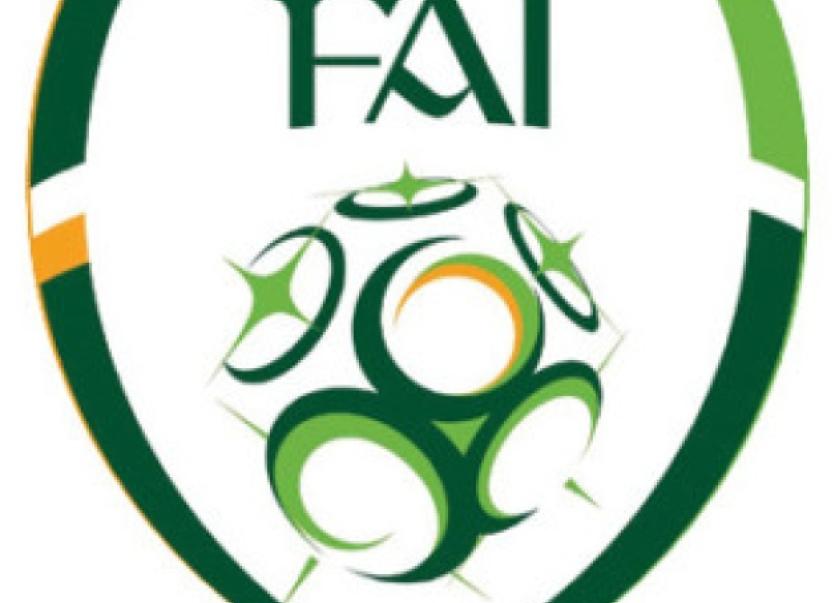 THE Republic of Ireland U-15 schools team have made a positive start in the Bob Docherty Cup at the midway point of the four day tournament in Shaws Bridge, Belfast. With two games under their belt, the Irish have one win and one draw secured with two remaining fixtures outstanding.

THE Republic of Ireland U-15 schools team have made a positive start in the Bob Docherty Cup at the midway point of the four day tournament in Shaws Bridge, Belfast. With two games under their belt, the Irish have one win and one draw secured with two remaining fixtures outstanding.

Richelle O’Neill’s charges had a comprehensive 4-0 win against the Welsh in their opening encounter on Monday evening. Two goals in either half were enough to give the Republic of Ireland full points.

The Irish could have gone one up inside three minutes as Kiltimagh pupil Jessica Nolan tested the Welsh keeper with the net minder getting the upper hand on this occasion. However it didn’t take long for the Republic to settle into proceedings. Some excellent football from Moville star Roma McLaughlin found Sinead Ryan in space. The New Ross native gave the Republic the lead on the 10 minute mark with a well executed strike from close range.

This lead was doubled just seconds from the interval as Roma McLaughlin headed home inside the box following a delightful cross courtesy of Captain Jamie Finn (St. Finian’s CC) who was playing some marvellous football herself.

Nolan was impressive throughout and even got her name on the score sheet with Ireland’s third goal on 41 minutes as the youngster let fly a wonderful shot on target from 12 yards out.

Ireland’s fourth goal was delivered from a set piece as Eleanor Ryan Doyle got onto a well delivered ball into the box from Nolan on the stroke of full time. An excellent finish from the Lucan student

The Republic of Ireland had a tougher test as they took to the field on Tuesday afternoon against England. There was only one change to the starting 11 that faced Wales as Mohill student Dearbhaile Beirne was introduced for Lucan’s Niamh Farrelly. McCartan and Flynn switched wings as a precautionary measure to pick up the lively English captain, who turned out to be a target woman all afternoon

This was a physical game that saw the Irish under pressure for long periods of the first half.

Eleanor Ryan Doyle was unfortunate not to convert her effort goal bound as she went one on one with the English keeper within seven minutes.

Amanda McQuillan was the busiest of the two keepers as she was called into action numerous times to clear the English attack.

The Irish made a positive start in the second half as centre half Erica Byrne got her head onto a excellent delivery from Nolan with her effort just wide of the inside post.

The Irish were under pressure for long periods of the game but had a more fruitful second half period. The girls never gave up chasing an equaliser and it came seconds from the final whistle as the industrious Jessica Nolan swept the ball into the danger zone from the final corner kick of the game. The Republic sent everyone forward bar McQuillan as a packed box awaited the delivery. Nolan didn’t disappoint as an og from Amber Tullett saw the ball in the back of the English net as the match official blew for full time meaning the game finised 1-1 and the points were shared.