Clash of the Rovers sees Sligo advance to cup final 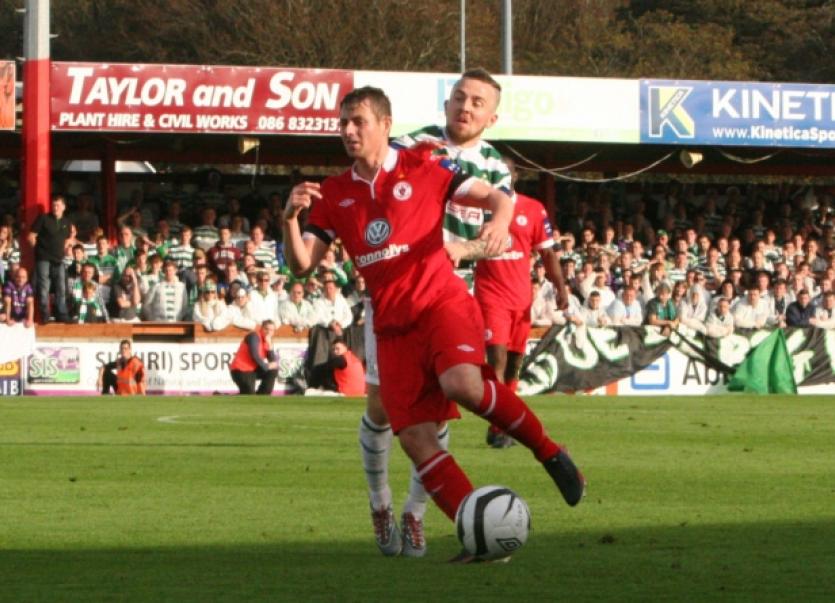 For the fourth time in five years Sligo Rovers will contest the FAI Cup Final after they defeated Shamrock Rovers in last Sunday’s semi-final.

For the fourth time in five years Sligo Rovers will contest the FAI Cup Final after they defeated Shamrock Rovers in last Sunday’s semi-final.

With the likelihood being that Sligo Rovers will fall short in their bid to retain the Airtricity League trophy they won last year, last Sunday’s game in the Showgrounds took on an even greater significance.

For Shamrock Rovers the match was equally important as their expensively assembled squad has failed to reach the heights expected of them and for the second successive year there is a real possibility the Tallaght based club will miss out on European qualification.

Prior to the game a minute’s applause was held in honour of Andy Tiernan, a man who for 40 years was a familiar face in The Showgrounds and he would be seen in all weather conditions tending to the pitch.

The evergreen Joseph Ndo gave a masterclass in midfield alongside captain Danny Ventre while Jeff Henderson summed up the fighting spirit in the team when he continued to play despite receiving a cut to his head that was too deep to stitch. Henderson was eventually substituted in the second half having given his all for the cause.

No less than six of the Shamrock Rovers players who saw action on the day had previously played for Sligo Rovers but on Sunday last they were second best.

Danny Ventre opened the scoring midway through the first half and from that moment on there only ever going to be a home win.

Sligo Rovers were disciplined in defence, dominant in midfield and always a threat in attack with the dangerous Aaron Greene, Kieran Djilali and Raffaele Cretaro operating behind Danny North.

When Cretaro was upended by Conor McCormack 17 minutes from the end Alan Kelly immediately signalled for a penalty and gave McCormack his marching orders.

Alan Keane took responsibility for the spot kick and drilled it past former team mate Richard Brush to all but secure victory.

Any lingering doubt about the outcome was eased when substitute Anthony Elding scored a minute from time to complete the scoring and his celebration illustrated what the result meant to all associated with the club.

Sligo Rovers will face Drogheda United in the Aviva Stadium on November 3 after they overcame Dundalk.

After the game manager Ian Baraclough paid tribute to his team and dedicated the win to the memory of Andy Tiernan.