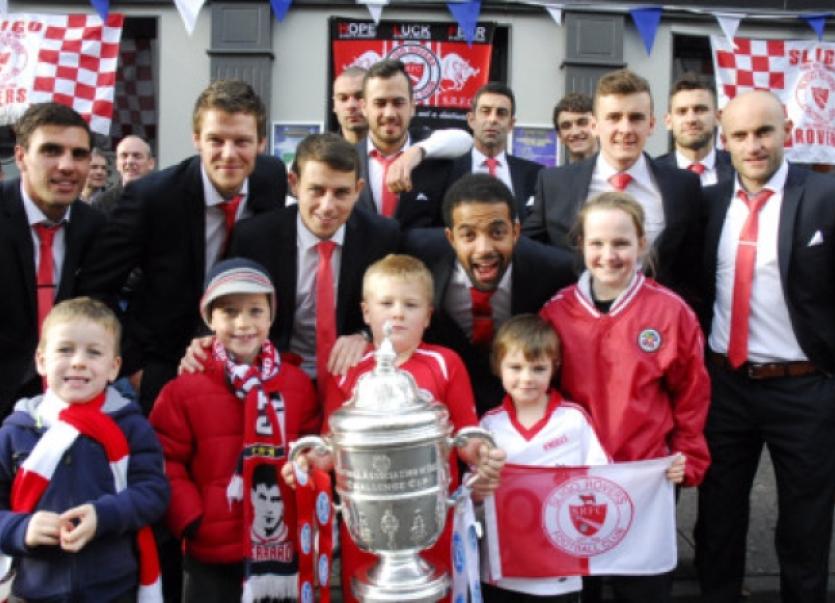 The fixtures for the 2014 Airtricity League Premier Division were announced this afternoon and there are a number of interesting fixtures scheduled for the opening matchday.

The fixtures for the 2014 Airtricity League Premier Division were announced this afternoon and there are a number of interesting fixtures scheduled for the opening matchday.

FAI Ford Cup winners Sligo Rovers will host newly promoted Athlone Town in The Showgrounds on March 8 while St Patrick’s Athletic will begin the defence of their title when they travel to face Cork City on March 7.

The opening round of fixtures will see last season’s runners-up Dundalk visit Drogheda United in the Louth derby. New Derry City manager Roddy Collins will take his team to Tallaght to face Shamrock Rovers who will no doubt be looking to begin the year on a winning note after two disappointing seasons.

Limerick will once again be playing their games in the wonderful surroundings of Thomond Park and they will begin their campaign when they host Bray Wanderers while the only Dublin derby of the opening weekend will see Bohemians make the short journey to face UCD.

With many sides strengthening during the off-season a number of teams will be hoping to improve on their positions last year.

Dundalk have maintained the majority of last year’s squad while this week they have signed the exciting winger Daryl Horgan from Cork City. The Leesiders have also strengthened with FAI Cup Final hero Anthony Elding among those who will be performing in Turners Cross next year.

Similarly Danny Ventre has also left Sligo Rovers and he has signed for Derry City. Ventre is the most decorated captain the history of Sligo Rovers but his 2013 was blighted by a number of injures that restricted his involvement over the course of the year.

Defending champions St Patrick Athletic have signed one of the league’s prize assets in Mark Quigley after he had a year to forget with Shamrock Rovers. Quigley was instrumental in Sligo Rovers winning the league in 2012 but he failed to reach those standards in 2013 in a year that saw him suffer a number of injuries and fall out of favour with manager Ian Baraclough.

Sligo Rovers have retained the majority of last year’s squad and manager Ian Baraclough has also welcomed a number of new and exciting signings. Richard Brush and John Russell both return to the club while Danny Ledwith, Kalen Spillane and Paul O’Conor will all be playing for the Bit O’Red in 2014.

The fixture list has also thrown a potentially interesting finale to the season as two of the favourites for the Airtricity League Premier Division title - Sligo Rovers and St Patrick’s Athletic will clash in Inchicore on October 24.