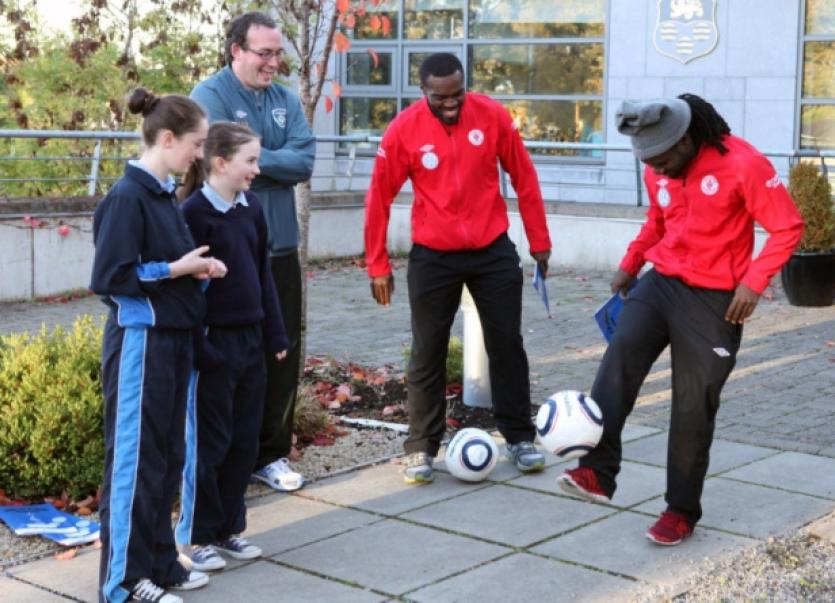 Excitement is building ahead of Sunday’s Ford FAI Cup Final and one player hoping to make his mark on the game is Sligo Rovers winger Pascal Millien.

Excitement is building ahead of Sunday’s Ford FAI Cup Final and one player hoping to make his mark on the game is Sligo Rovers winger Pascal Millien.

The Haiti international who is in his second season with the Bit O’Red hasn’t featured as much as he may have wished this season but he is still eagerly anticipating Sunday’s final against Drogheda United.

“It’s pretty much a dream come true. I’m excited, I can’t wait for that day.”

Pascal started the recent league match against Drogheda which Sligo Rovers won 3-1 and he is hoping if called upon on Sunday he will be able to showcase his talent.

“It’s team work. Everybody is trying to get ready and for a cup final anything can happen in the next week. I have got be ready mentally and try to get some match fitness.

“That’s what I am here for, every opportunity you get you have to take it. That’s why we have a big squad, everybody has to prove whenever he has the chance. If my chance comes up I’ll be glad to get it.”

The league season may not have ended with the club retaining the Airtricity League Premier Division title but Pascal believes a lot can be learned from some of the setbacks the team have suffered this year and is hoping the year can finish on a high.

“There a lot of stuff to look back to. It’s not about winning all the time. We didn’t win the league but we learned what we have to work on and move on for next year. The club is looking to get better every year, getting into Europe and stuff like that. There is a lot of good stuff to look back on but all we have to do is stay focused, learn from our mistakes and like I said, it’s not always about winning.

“Sometimes you have to lose to know what you have to work on. We are still in the top three teams in the league so that’s not bad at all. Our main focus now is trying to make the people and fans proud for the cup final so we have to be focused and hopefully we can bring the trophy home because that’s what people have been working all season for.”

Pascal experienced the league winning celebrations last year but was not at the club the last time they won the FAI Cup in 2011 although he has heard a lot about those celebrations.