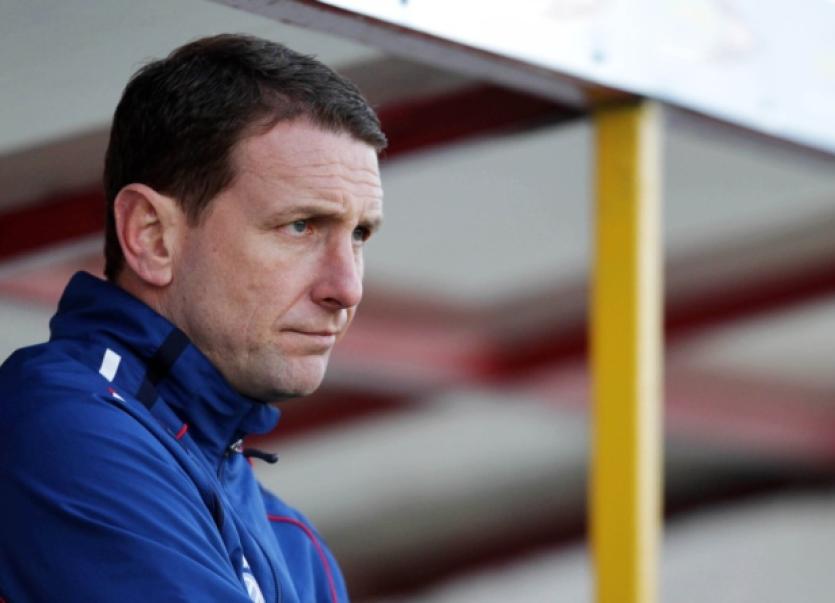 The three goal margin of victory doesn’t come close to reflecting the superiority the home side enjoyed as they made easy work of a disjointed Sligo Rovers defence.

Victory would have moved Rovers to within five points of the summit but defeat means the league title may now be an unrealistic ambition.

But for the heroics of goalkeeper Gary Rogers, the woodwork and some goal line clearances the result would have been a lot more emphatic and much more embarrassing.

With Joseph Ndo, Raffaele Cretaro, Gavin Peers, Alan Keane and Kieran Djilali ruled out through injury and Seamus Conneely only fit for a place on the bench, Ian Baraclough was limited in terms of options.

Jeff Henderson was moved to right back while Kalen Spillane started at centre back alongside Evan McMillan.

From early in the game it was evident Rovers looked vulnerable in defence and this was an area of the pitch Dundalk attacked with alarming regularity.

Some slick passing and clever one touch football put Rovers in advanced positions in the early stages but no real threat ever materialised and as the game progressed Dundalk became more dominant.

In midfield David Cawley was unable to assert himself as he has done for much of the season to date as Richie Towell bossed matters in the centre of the pitch.

Another who wreaked havoc for Dundalk was former Sligo Rovers player Daryl Horgan. The speedy winger was frustrated on a number of occasion in the early stages of the first half but his persistence was rewarded when he opened the scoring midway through the half.

The hope was that a half-time team talk may redress the balance but that didn’t prove to be the case as Dundalk continued to dominate and deservedly extended their lead just three minutes after the restart when Kurtis Byrne curled a shot beyond Rogers.

The three points were secured when Patrick Hoban scored from close range.

Seamus Conneely was introduced at right back with 20 minutes remaining allowing Jeff Henderson to move to his more familiar position in the heart of defence and Rovers looked much more solid for the remainder of the contest but failed to come close to threatening Peter Cherrie’s goal.

Shamrock Rovers next up

Speaking after the comprehensive defeat in Dundalk manager Ian Baraclough said, “Tonight Dundalk were quicker to second balls, better in a lot of departments and it is there for everyone to see. Three-nil, there is no argument.

“I think we’ll learn from it. To be beaten so soundly hurts me as a manager and hopefully it hurts the players. I hope it’s starting to sink in.

“It could have been (more) if it wasn’t for Gary Rogers. We were well-beaten on the night and that’s all I can really say. I thought we were second best in all departments and rightly got beaten.

After defeat in Oriel Park Sligo Rovers are back in league action this weekend when they host Shamrock Rovers in the SSE Airtricity League on Sunday at 3pm.