No joy for Dearbhaile as Ireland crash out 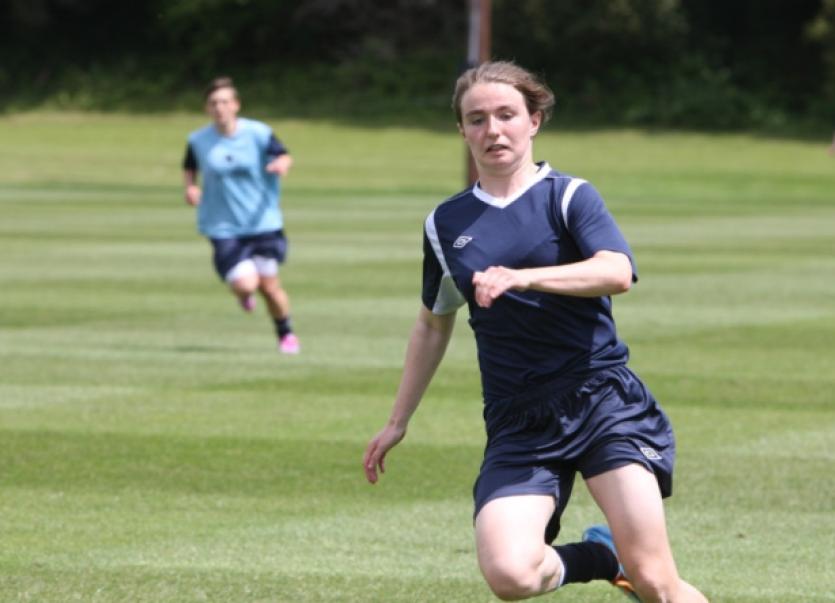 Ireland’s interest in the UEFA U-17 Women’s European Championship in Iceland came to an end on Sunday last when they suffered their third defeat of the competition.

Ireland’s interest in the UEFA U-17 Women’s European Championship in Iceland came to an end on Sunday last when they suffered their third defeat of the competition.

Defeats in the opening group games against France and Switzerland, both on a 1-0 scoreline meant the final group game meant Ireland could not make the semi-finals of the competition but speaking after his side exited the competition Ireland manager Dave Connell was very positive in his praise e of the Irish players.

“We played some fantastic football but we just didn’t score a goal. I’m very, very proud of our girls and we can hold our heads up high with how we’ve played in this tournament.”

“It was a fantastic achievement to qualify and we performed well in our three games, but just didn’t get that bit of luck. We obviously came here to win the tournament, but we can be proud of our performances overall.”

Dearbhaile Beirne from Mohill flew the flag for Leitrim in Iceland and although she didn’t feature in the opening game against France she was introduced to the action in the next two games against Switzerland and Norway.

It would appear from looking at the match stats from the individual games that Ireland improved as the tournament progressed.

Against France the Irish had just three attempts on goal compared to France’s 21. The next game against Switzerland saw Ireland register six attempts to the Swiss teams 14.

The final game of Group B saw Ireland’s heaviest defeat as they went down 2-0 against Norway. However, the stats would suggest a closer game than the scoreline suggests as both sides had 12 attempts and Ireland missed a penalty.