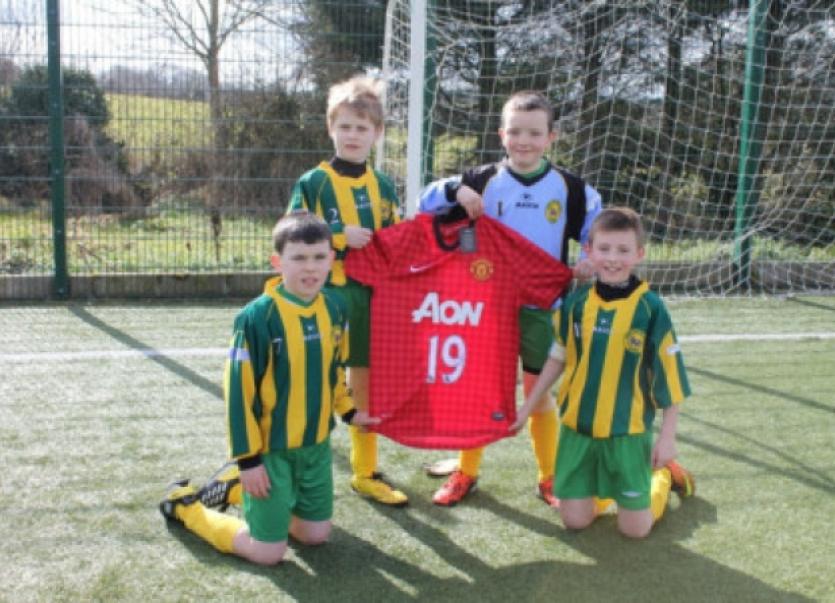 One of the biggest soccer clubs in the world has agreed to help local soccer club Abbey Rovers from Ballinamore in their fund raising efforts this year.

One of the biggest soccer clubs in the world has agreed to help local soccer club Abbey Rovers from Ballinamore in their fund raising efforts this year.

The premier league giants have given Abbey Rovers a Manchester United jersey signed by United and England striker Danny Welbeck.

Abbey Rovers under 10s coach Kevin Andrews contacted United and enquired if they could assist in any way and the premier league leaders were more than happy to help. It’s a fantastic gesture and we hope to raise money to go towards providing an astro turf facility in the near future, its something the club badly needs.

Manchester United has a huge fanbase in Ireland and we hope united fans, along with all soccer fans will take this opportunity to win a fantastic prize and help our club.

The winner will receive a certificate of authenticity from Manchester United and will be presented with the jersey at the Abbey Rovers presentation evening later in June.