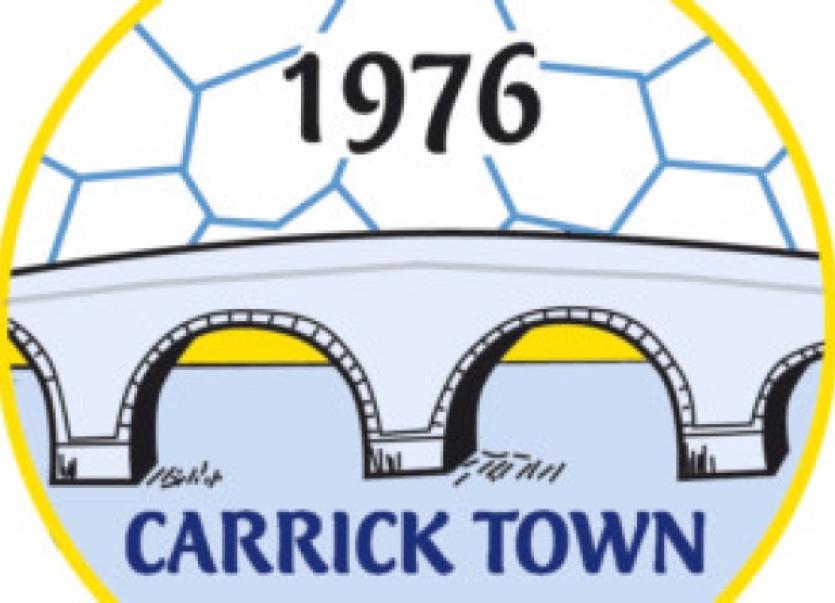 Carrick Town U13s impressive run continued in Riverstown but they made hard work of it against a Arrow Harps side who will feel unlucky not to have got something from the game in a 3-1 win for the Leitrim side.

Carrick Town U13s impressive run continued in Riverstown but they made hard work of it against a Arrow Harps side who will feel unlucky not to have got something from the game in a 3-1 win for the Leitrim side.

Carrick were against the breeze in the first half and did well not to concede an early goal. Carrick managed to take the lead with one of the few passing moves they put together finished well by Diarmuid Kellegher. Arrow equalised with a strike as good as you’d see at this or any level to go in level at half time.

Playing with the wind in the second half Carrick settled and played much better with two more goals coming from excellent corner deliveries with Patrick McKenna getting his first goal for Carrick Town and the other from an own goal from an unlucky Arrow defender.

Best for Carrick on a tough day were the excellent Paul Keaney and Captain fantastic Jack Flynn. The win keeps Carrick clear at the top but with closest rivals Real Tubber and Valley Rovers also winning an exciting run in awaits.

Senors: Carrick Town seniors played Ballisodare United on Sunday last and went down to a 5-0 defeat. Despite have to concede home advantage due to an unplayable pitch this was a very poor display all round. There are 10 games left and Carrick need to get their season back on track quickly if they are to retain their Super league status for next season.

The Sligo Leitrim Youths League now have their new website up and running. The main features of the new website, which will be officially launched on Thursday, March 20, are full upcoming fixtures and their venues, instantly updated match results and league tables. new, photos and match reports, etc.

We also have advertising spaces available on the site which we hope will make it self-financing so if anyone is interested in advertising their product/services or have any suggestions please contact us. The website can be found at www.slyouths.ie/