Rosenborg come from behind to deny Sligo Rovers 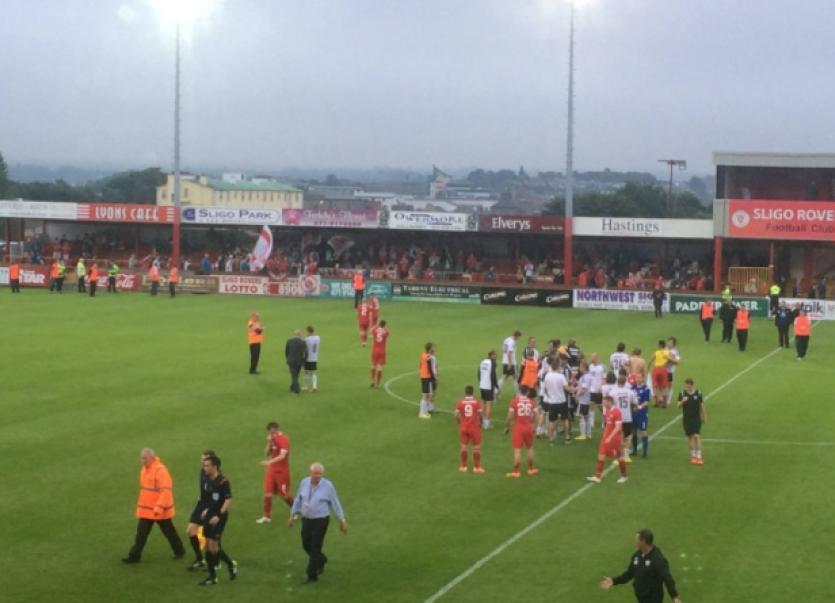 Dreams of arguably the greatest result in Sligo Rovers’ history were ended on Thursday evening in when they were defeated by Rosenborg.

Dreams of arguably the greatest result in Sligo Rovers’ history were ended on Thursday evening in when they were defeated by Rosenborg.

Looking nervous and unsure, Rosenborg started slowly while Sligo Rovers did as manager John Coleman said they would, they attacked straight from the start. Evan McMillan saw an ambitious overhead kick soar over the bar in the third minute, but the pressure eventually took its toll on the Norwegian side in the 13th minute.

The ball was played to right back Alan Keane, who was in an advanced position and he fired the ball low and hard across the Rosenborg penalty box. David Cawley failed to make a clean contact with the ball but Danny North was on hand to score his third goal of this year’s European campaign. Now leading 3-1 on aggregate the sense of excitement in The Showgrounds was beyond fever pitch.

Now Rosenborg, who up until that point had offered no threat were in real trouble and the longer they trailed the more they would feel the pressure as failure at this stage of the Europa League would certainly not be considered acceptable back home.

Rosenborg visibly grew in confidence and when goalscorer Helland went of injured, USA international Mix Diskerud was introduced and he had a significant influence on proceedings.

The game was delicately poised at half-time with Rovers leading 3-2 on aggregate but within four minutes of the restart Rosenborg were back level when Mike Jensen found the top corner of Gary Rogers’ goal.

Danny North should have scored a second after racing on to John Russell’s defence splitting pass but his effort, with the outside of his boot, went the wrong side of the post.

With 25 minutes remaining Rosenborg took the lead for the first time when Riku Riski beat Gary Rogers to all but end the games as a contest.