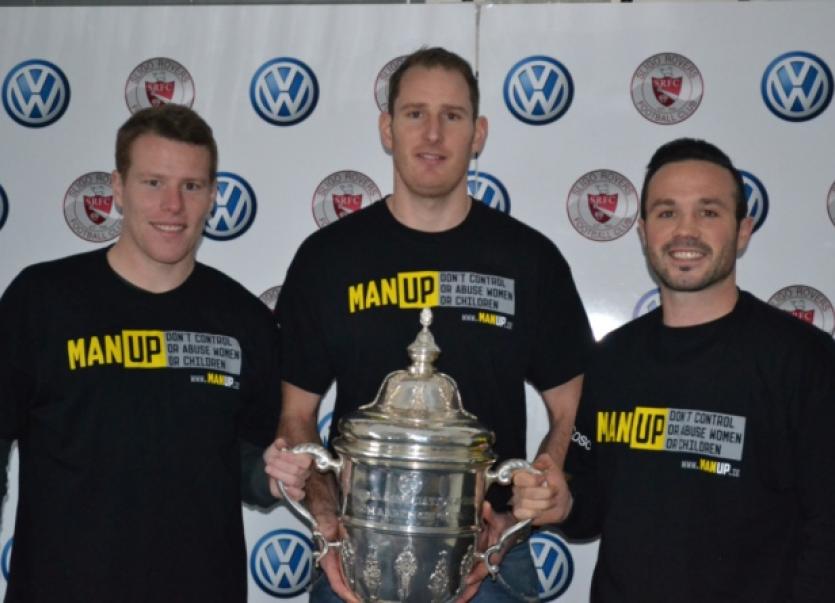 Preparations continue for the 2014 season for Sligo Rovers with the news that two former players will be returning to the club.

Preparations continue for the 2014 season for Sligo Rovers with the news that two former players will be returning to the club.

John Russell returns to the club after a spell with St Patrick’s Athletic and his performances in an attacking midfield position were instrumental in the Inchicore based club winning the Airtricity League Premier Division title this year.

The news that Russell, who is a Galway native, will be returning to the club came a matter of days after it was announced by the FAI that he had been appointed to the position of Regional Development Officer for Sligo.

The announcements were made last Saturday in the club shop in the Wine Street car park.

In his previous stint with the Bit O’Red Russell won the FAI Ford Cup and the EA Sports Cup in 2010 and also helped the club retain the FAI Cup in 2011.

Also returning to the club, for his third stint, is goalkeeper Richard Brush who first signed with the club in 2006 and has twice departed to join Shamrock Rovers.

His return to The Showgrounds gives manager Ian Baraclough plenty of cover in the goalkeeping department as Brush was widely praised for bringing out the best in Gary Rogers when the two of them competed for the number one jersey when Sligo Rovers won the league title in 2012.

Welcoming the signings Baraclough said “I think John will prove to be a terrific signing. He has grown up a lot with more experience including a league title with Pat’s. He will bring us something different in midfield, breaking forward and has the ability to play on the left or the right if needed.”

The manager was equally pleased to have secured the services of Brush saying, “With the acquisition of Richard I feel we have the two best goalkeepers in the League of Ireland. Gary Rogers is the first to admit that a big part of why he was the voted the outstanding goalkeeper of 2012 is because Richard was there behind him, keeping him on his toes because of just how good he is.

“He is not coming here to sit on the bench. I want the competition to be extremely high and he fits nicely into the squad. He is a great character and I’m very pleased to bring him back to the club.”

Speaking about the squad he has assembled to date he said, “I’m very happy with the players assembled so far and I think the fans will be just as excited.”

The Sligo Rovers club shop which was opened last week and is the perfect place to pick up Christmas presents for supporters of the club.

The shop is located in the Wine Street car park in Sligo and offers a wide range of memorabilia as well as season tickets for next season which are available at a special early bird until Christmas.

Jerseys and a range of official Umbro merchandise are all in stock while new scarves are also due this week.

A 2014 club calendar, produced by the Bit O’Red supporters trust is also in stock.

The third choice match issued, blue jerseys, as worn by the players during the course of the 2013 season are also on sale in the club shop and no doubt they will also prove to be a popular present for Christmas.

The club have also confirmed that the home jersey will be unchanged for next year.

For those who may be unable to get to Sligo the above items are available from www.sligorovers.com and season tickets are also on sale from John Lowe’s, Carrick-on-Shannon.