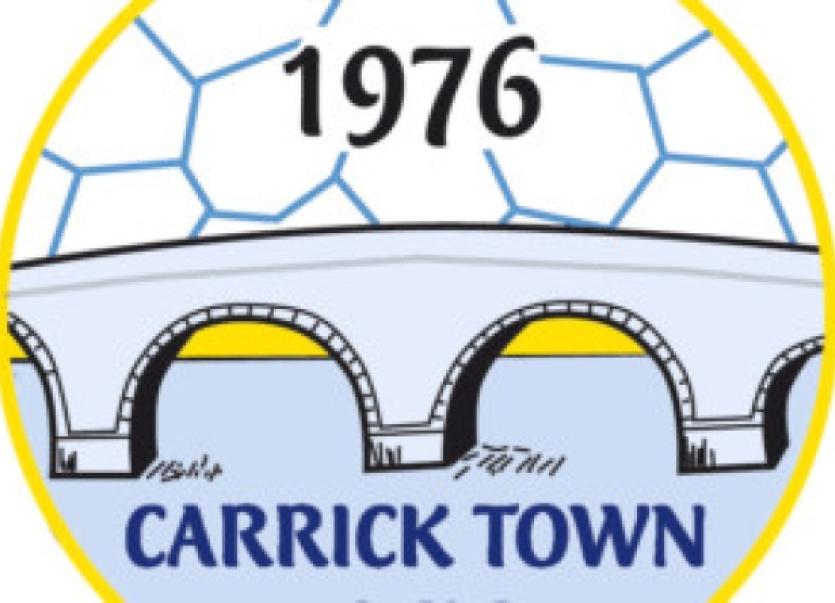 Carrick started well and played some good football after settling into the game and eventually took the lead after 20 minutes when Emlyn Mulligan finished off a through ball.

Aughanagh drew level 10 minutes later but Carrick responded immediately through Shane Fitzpatrick who fired home. Just before halftime, Aughanagh took the lead again after sloppy defending and this left the score 3-2 to the visitors at the break.

Carrick eventually equalised 10 minutes from time with a superb finish from Mulligan. Both sides had chances to win the game but the game finished 3-3. It was a good all round performance and if mistakes can be cut out Carrick will pick up points in the coming games.

U16: After a recent poor spell it was great to get a 4-2 win against St. John’s at the IT astro turf pitch. Let hope we can built on this in the next game.

U14: Our U14 team got back to league action with a resounding 4-0 victory over Ballisodare United on Saturday last. Diarmuid Kelleher got two with Paddy McKenna and Donal Casey also on the scoresheet. Training every Wednesday 5-6 at Aura.