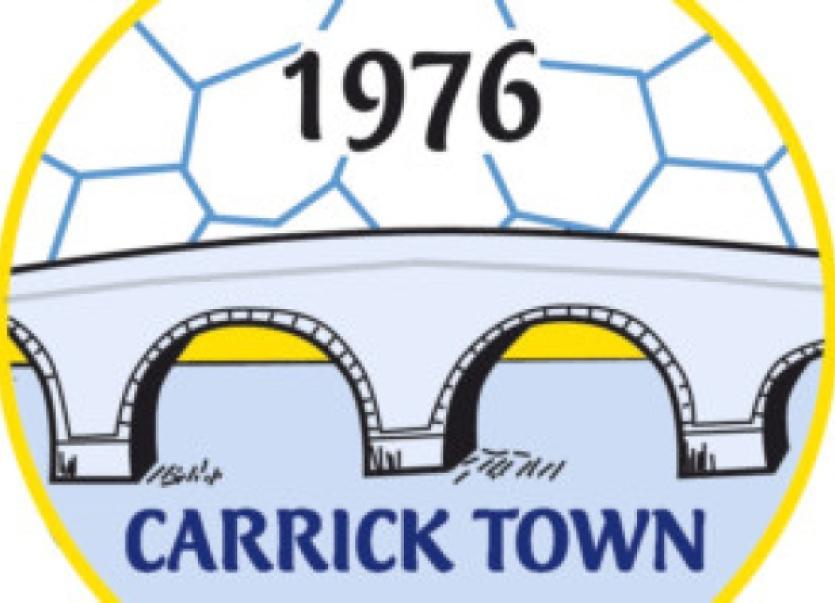 A courageous and heroic performance from our U17 team ended in a 1-0 win over Strand Celtic played at Strandhill on Saturday.

A courageous and heroic performance from our U17 team ended in a 1-0 win over Strand Celtic played at Strandhill on Saturday.

On a day not at all fit for football, they battled against strong wind, hailstones and a fair Strand Celtic side to come away with the three points.

The first half was evenly contested but they remained level at half time. Carrick started the second half well with some fine football, Cormac Smith, Conor McGoldrick, Eoin McLoughlin, Oisin Murphy & Dylan O’Hara pressing forward and creating chances for Narada Patrasco and captain Jack Healy.

It was from one of these attacks in the 50th minute that Patrasco got the ball on the right wing, made his way infield and unleashed a powerful shot with his left foot which dipped in over the Strand Celtic keeper.

Strand pressed forward for the equaliser but the Carrick backs kept them at bay time after time. Man of the match Daire Guckian was well supported by Ryan Goldrick, Paddy Flynn and Adam O’Hagan and our keeper Zorar Ahmadi.

This was not an easy day for the team who battled away against the elements. At one stage the referee called the teams off the field, such was the power of the hailstones. Well done to all and a big thank you to Tommie Flynn, Leitrim and Irene Healy who were a tremendous help organising the game.

U13: Our U13s played their first game of the new year on Saturday last against Ballygawley Celtic on a very windy and large Astro Turf pitch. The lads struggled to produce any good football and went into the halftime break 1-0 down.

The second half continued in much the same vein,until a great through ball from Eathan Bohan was slotted home by Cormac White.This seemed to stir the Carrick lads and five minutes later the ball fell to White once again who turned and volleyed the ball over the keeper from 25 yards.

Sam Barnes finished off the game when he got the 3rd with a couple of minutes to go.A bit of a sluggish performance but a win is a win.