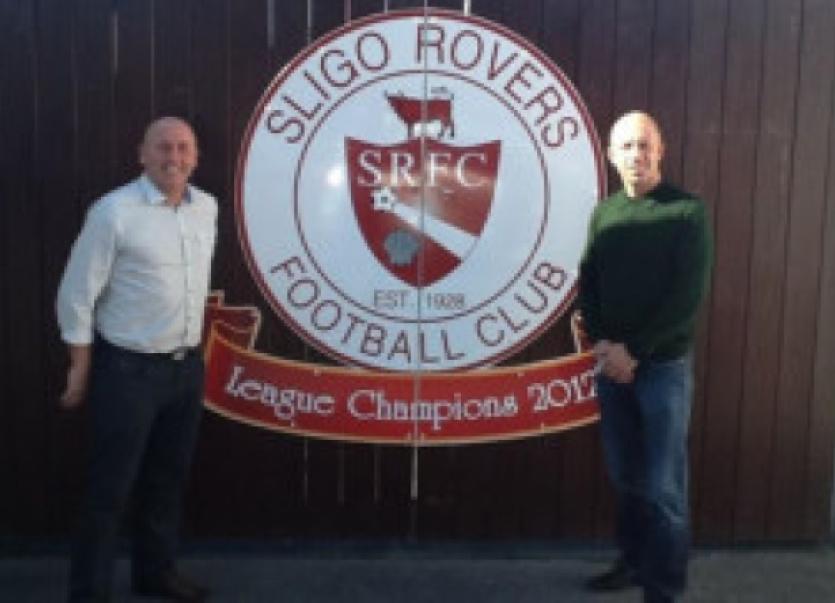 Having parted company with the most successful manager in their history, Sligo Rovers wasted no time in finding a replacement with John Coleman and Jimmy Bell replacing Ian Baraclough and his assistant Gary Stevens.

Having parted company with the most successful manager in their history, Sligo Rovers wasted no time in finding a replacement with John Coleman and Jimmy Bell replacing Ian Baraclough and his assistant Gary Stevens.

During his two and a half seasons at the club Baraclough oversaw the club’s first league title in 35 years, a fifth FAI Cup and this year he guided the club to their first ever success in a cross-border competition when they defeated Dundalk in the Setanta Cup Final.

However, recent league results have been disappointing meaning the Bit O’Red now find themselves without any realistic chance of silverware this year.

Despite a significant injury list which meant Baraclough was able to name just two outfield subs in his last game, the decision was taken during the mid-season break last week that the club and Baraclough and Stevens would part company.

Having announced the end of the Baraclough/Stevens era on Thursday, Saturday saw the club herald the dawn of a new era when they confirmed John Coleman and Jimmy Bell had been appointed as manager and assistant manager.

Speaking of the challenge ahead of him, John said “We have to get impetus. Sometimes a season can hit a flat spot and I firmly believe that with hard work we can grow during this campaign and also achieve things as well. We have good players here and I want to get the best out of them.

After his appointment, John said of Sligo Rovers “It’s a well-run club and it’s run by the town. The people care about the club and you want them to feel it and get behind you. That has attracted me to Sligo Rovers. I feel I will bring passion, good coaching, organisation and a style and ethos to play on the front foot that I hope the fans will enjoy.”

The draw was made for the first qualifying round of the Europa League on Monday last with Sligo Rovers drawn against FK Banga from Lithuania. The first leg will be away from home on July 3 and the home leg will be played a week later.