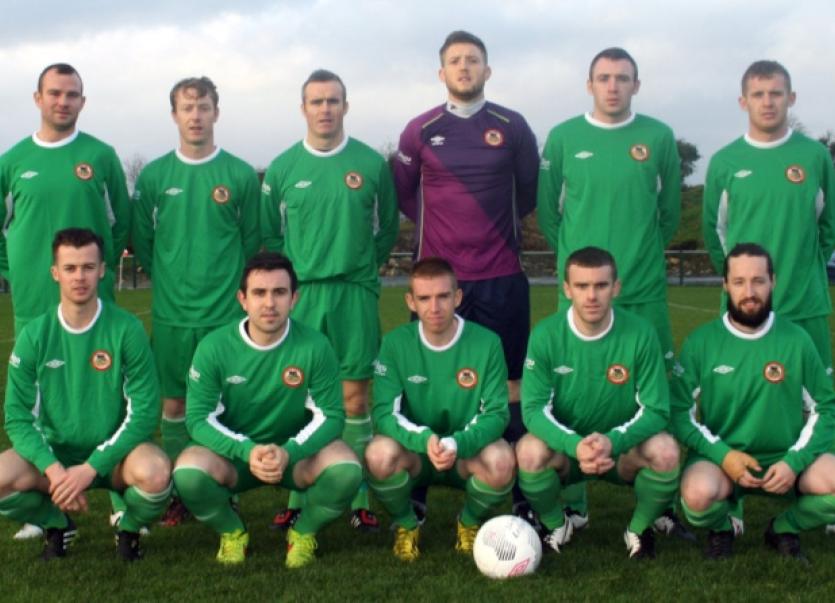 The highlight of the weekend’s Junior soccer in the North West was the eagerly awaited Oscar Traynor Cup tie between the Donegal League and The Sligo/Leitrim League’s representative sides.

The highlight of the weekend’s Junior soccer in the North West was the eagerly awaited Oscar Traynor Cup tie between the Donegal League and The Sligo/Leitrim League’s representative sides.

The game kicked off in what were described as Baltic with strong gusting wind and heavy rain showers in Drumoghill with a lot of cagey play from the home side who were more keen on retaining possession than on going forward and their tactics paid off as they took the lead on eight minutes when Eoin Sheridan latched onto a free ball and broke through the Sligo Leitrim defence to slot home from short range.

As the game progressed Sligo Leitrim started to play some decent football and at times were in the dominance until the stroke of half time when Donegal were award a penalty which was converted by Gary Crossan.

Sligo/Leitrim came out all guns blazing in the second half and their efforts minutes were rewarded when Lee McKillen struck a powerful shot past the Donegal net minder Christopher Sweeney and the sides were level.

However parity was not to last and the home side found themselves in front again with a goal from Jamie Boyle and another in quick succession from Paul Sweeney.

When play resumed following a torrential downpour Donegal struck for their fourth to put the tie beyond the reach of Sligo/Leitrim. A late penalty strike from Mark McGoldrick reduced the deficit but Donegal completed the scoring with Meerit scoring a fifth goal.