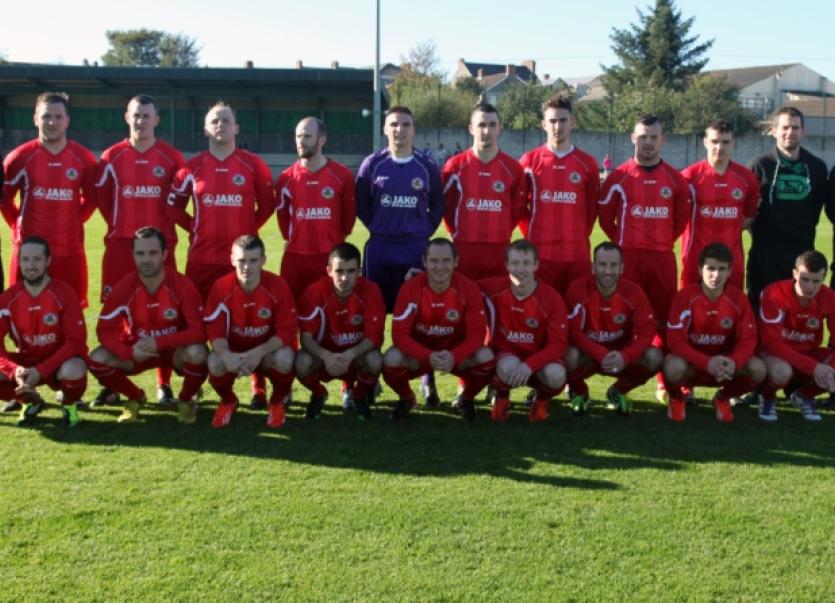 The 2-0 victory for St Pat’s was enough to see the Inchicore club crowned champions while Ian Baraclough’s side will now turn their attention to the Ford FAI Cup final where they will meet Drogheda United on November 3.

In a bizarre coincidence last Sunday’s game was exactly a year on from the memorable day in The Showgrounds when Sligo Rovers defeated St Pat’s 3-2 to claim last year’s league title.

Before last Sunday’s game it was always unlikely that Sligo Rovers would be able to stop St Pat’s claiming the title but manager Ian Baraclough would have stressed the importance to his players of giving their all as with an almost fully fit squad to select from, the competition for places in the cup final team is heating up.

The opening exchanges proved to be very competitive and the visitors looked particularly dangerous when they attacked.

Alan Keane and Raffael Cretaro both linked up well on the right side of the pitch while on the other flank Iarfhlaith Davoren was also looking dangerous.

With the home fans nervousness palpable throughout Inchicore it took a moment of individual brilliance to break the deadlock.

With the game just over half an hour old Greg Bolger pounced on a weak clearance and his stunning strike flew past Gary Rogers.

That goal breathed new belief into the St Pat’s players and they doubled their lead before the interval and another former Rovers player had a big part to play in the goal.

John Russell, who was a constant thorn in the side of the Rovers players on Sunday beat Gavin Peers to the ball and picked out the run of the unmarked Anto Flood who had the simple task of scoring from close range.

With a two goal lead at half-time the celebrations were able to begin for the home side.

The second half won’t live long in the memory with Rovers failing to get the upper hand in midfield although Anthony Elding did well when he replaced Danny North who struggled to make any impact against the partnership of Conor Kenna and Kenny Browne.

The penultimate round of league games this weekend sees Sligo Rovers host Drogheda United in a dress rehearsal ahead of the Ford FAI Cup Final.

An announcement is expected in the coming days with regard ticket details for the cup final.