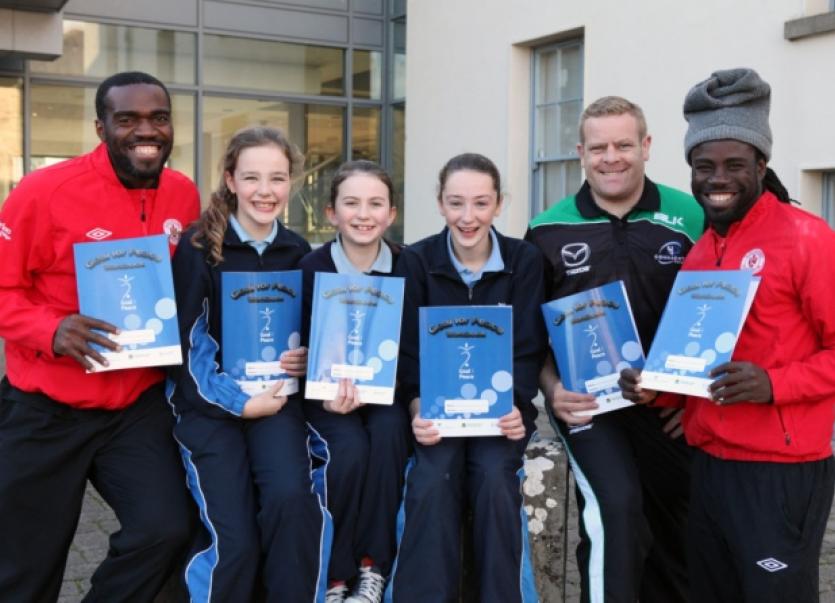 All footballers strive to play in the biggest games and the showpiece events but for the really special players, playing in those big games brings out the very best in them. Former Cameroon international Joseph Ndo is one such player.

All footballers strive to play in the biggest games and the showpiece events but for the really special players, playing in those big games brings out the very best in them. Former Cameroon international Joseph Ndo is one such player.

Whether competing for his side in the World Cup as he did in 1998 and 2002 or with Sligo Rovers, the big occasions seem to bring out the very best in him.

When asked how he feels about competing in big games, such as this Sunday’s Ford FAI Cup Final, his answer was simple.

In 2010 Joseph was the man of the match when Sligo Rovers defeated Shamrock Rovers in the Cup Final but a year later when they retained the trophy he was ruled out with an injury. When he visited Carrick-on-Shannon last week Joseph was still hoping to overcome a hamstring injury to take his place in Sunday’s starting 11. However, he insisted the injury is not something that is worrying him, he is more concerned about the outcome of the game.

“The injury is getting better but you know what, I’m not disappointed, what is going to happen is going to happen. I just have to prepare myself to try to play that final and if it doesn’t happen I just hope that we win because I know it won’t be easy.”

Focusing on the Sunday’s final Joseph insisted his preparation will be the same as for any other game.

With the 2013 League of Ireland season culminating with Sunday’s FAI Cup Final, eyebrows are often raised as to why attendances for league matches are not better. Some point to the fact that some grounds badly need to be modernised while others blame the lack of national media coverage. When Joseph was asked what more could be done to improve attendances he said it is up to his fellow players to improve.

“I think every other player has to improve. It is going to be difficult as a fan to come if the player doesn’t produce good entertainment and for me that is the first thing. As a player I have to say, ‘What can I hope for to bring people to the stadium’ because you can ask the fans to come to the game but if you don’t produce what they want they will not come any more.

“The player has to step up and do even better than what they think they can do and then after that we ask the fans ‘what do you want more?’ We produce entertainment, we do everything possible to bring you joy, so you have to come, but firstly it is the player.

“The term of entertainment, everyone has his own explanation on that. Some people, really for them entertainment is to see players who are going to tackle. Every fan has his own way to feel entertained in the game. As a player you have to improve yourself, with your quality that is going to bring people to watch you. If you are the player who likes to be aggressive with the ball, attacking players, you have to try to be as great as possible and then the people are going to say ‘ok I need to see this guy because he entertains me every time.”

Reflecting on the year as a whole it would be understandable if Joseph was disappointed with the failure to retain the Airtricty League Premier Division title but instead he is focusing on the final and winning the league again next year.

“When you start the season you want to win everything and it didn’t happen so now the focus is on the final and then the second focus is how to win the league again next year. I cannot just sit back and start thinking about what didn’t happen. I know what didn’t happen, that is why we didn’t win the league. Next year is about how to prepare ourselves to do better than we did this year and make sure first that we are ready for the final.”