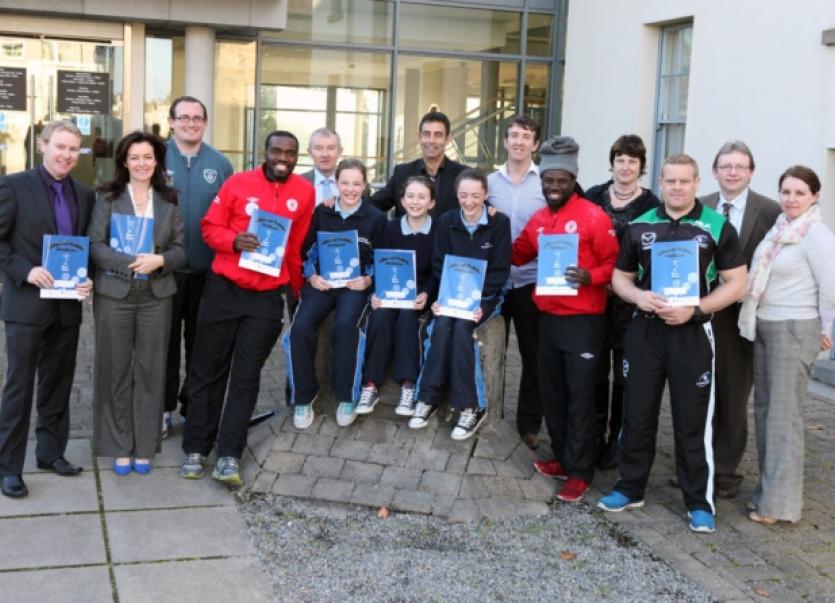 The goal of retaining the Airtricity Premier Division League title may not have been achieved but with a top three finish in the bag and the Ford FAI Cup Final to look forward to, Sligo Rovers assistant manager Gary Stevens believes it has been a good year for the club.

The goal of retaining the Airtricity Premier Division League title may not have been achieved but with a top three finish in the bag and the Ford FAI Cup Final to look forward to, Sligo Rovers assistant manager Gary Stevens believes it has been a good year for the club.

“I believe it has been a good season,” said the man who previously played for Tottenham and was capped seven times by England. “As defending league champions it is never easy to retain that title and we’re not going to be able to achieve that.”

Speaking last week at the launch of the Goal for Peace workbook Gary said, “As we speak we could finish second, we are probably more likely to finish third in the league but that is no mean achievement because it means there are nine or ten teams below us and to get the FAI Cup Final is a real thrill. What we need to do now is to make sure we win it.”

Having played in the 1983 FA Cup Final for Brighton & Hove Albion, which Manchester United won after a replay and the 1987 final for Tottenham Hotspur, which Coventry City won, Gary is all too aware of the occasion that is a domestic cup final.

“The domestic football association of any country, their cup final is a huge occasion. Whether it is the FA Cup Final in England, which I’ve played in a couple of those or the FAI Cup Final here in Ireland, it is a huge occasion. The eyes of the country are on it, we’ll have a bring crowd there in the Aviva Stadium. The Aviva Stadium is a world class stadium, a top playing surface, I’m certainly looking forward to it and so is everyone at Sligo Rovers.”

It may only be his first season in the League of Ireland but Gary is all too aware of what to expect from Sunday’s opponents Drogheda United who Sligo Rovers have already met six times this season. While Rovers may be favourites Gary issued a reminder that history is full of incidents where favourites have come unstuck in cup finals.

“A cup final is a great leveller, you get the David and Goliath scenario. Over the years, the firm favourites haven’t always won it. There have been far too many occasions, for the bigger the club, where the underdog has given them a run for their money or even beaten them. There is no foregone conclusions in a cup final.”

The build-up to cup finals can sometimes be seen as a distraction but Gary insisted he and the team are enjoying the experience and are eagerly anticipating Sunday’s final.

“Yeah, of course. There is plenty of attention, Sligo as a town is buzzing at the moment which is great. The players are coming in to training more enthusiastic than ever, they are all trying to stake their claim for a place in the side. At the moment as assistant manager, it is not difficult to motivate people and get them going. Everybody is really up for it.”