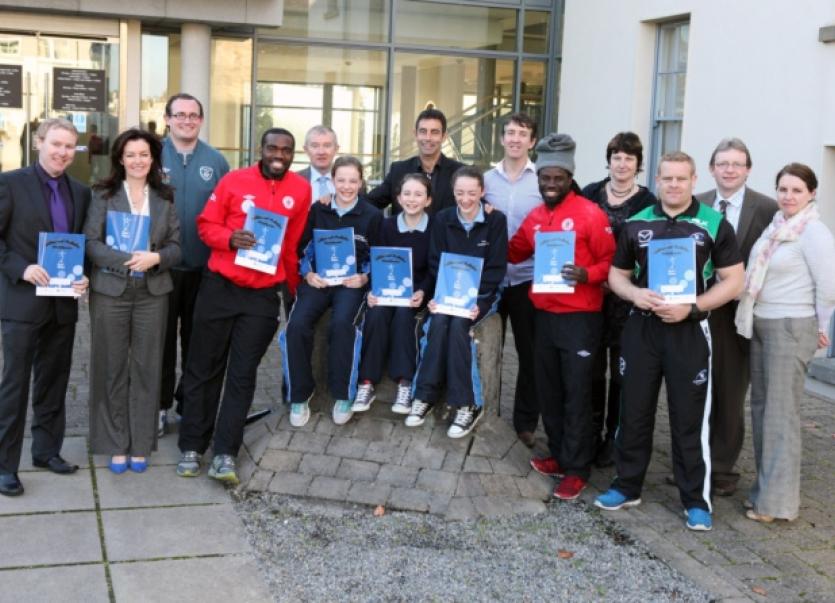 An innovative workbook for school children, based on local sports clubs, was launched last week as part of the Goal for Peace project.

An innovative workbook for school children, based on local sports clubs, was launched last week as part of the Goal for Peace project.

The workbook helps children from 10 Protestant and Catholic schools in Leitrim and Fermanagh to learn together about religious, cultural and ethnic diversity using the backgrounds of professional sports players in the region as examples.

A typical Goal for Peace paired session consists of 30 minutes coaching and 30 minutes classroom activity using the new workbook. By coming together to take part in the paired sessions the Protestant and Catholic students are afforded the opportunity to mix on the school playground and learn together in the classroom.

Project Manager, Nollaig Whyte said, “The introduction of a classroom element to the Goal for Peace sessions has been extremely successful. This has been an exciting new development and will help build on the work already carried out in the schools to date.”

Gordon Burke, Goal for Peace Project Coordinator, thanked the International Fund for Ireland and Leitrim County Council. “This is the third year of the Goal for Peace project, since the project’s commencement the schools have formed strong links which have helped to encourage a high level of interaction among children from both traditions. This an excellent example of how sport can be successfully used as an effective instrument to help break down traditional barriers”.