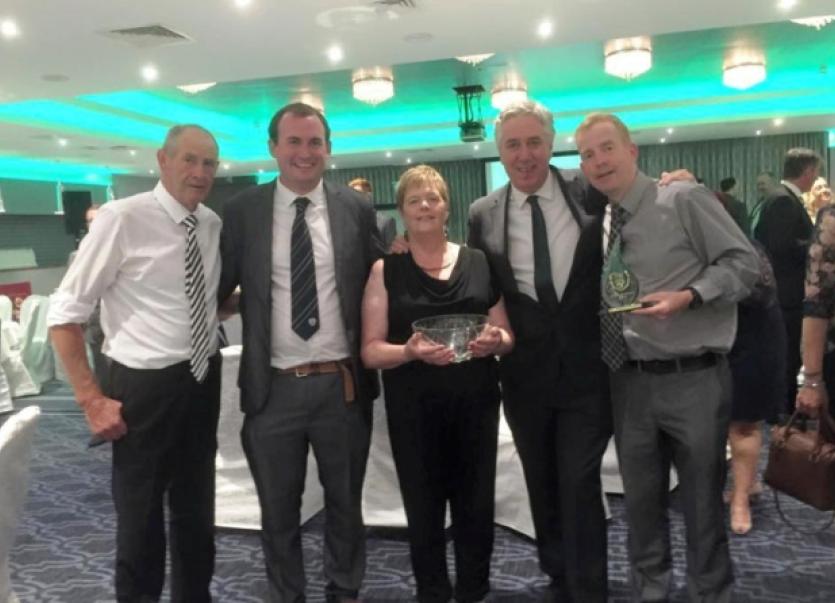 As part of their ‘Festival of Football’ which took place in Leitrim and Sligo in the week leading up to their AGM, the FAI were last Thursday afforded a civic reception by Leitrim County Council.

As part of their ‘Festival of Football’ which took place in Leitrim and Sligo in the week leading up to their AGM, the FAI were last Thursday afforded a civic reception by Leitrim County Council.

Casting an eye across the Council Chambers in Aras an Chontae Cllr McCartin remarked, “There are some faces here that have left an indelible mark on my childhood.”

Cllr McCartin said the visit and the work carried out during the week was “very important for the region and the county in general.”

Talking about the growth of the sport in the area Cllr McCartin said, “Generations have had expert knowledge but there have been no formal structures in place until recent years. The GAA is no longer the only show in town.”

Cllr McCartin also spoke about the benefits of participation in sport saying “mental health has been an issue for people my age and younger for a long time.”

Leitrim County Council CEO Brian Curran also extended a welcome to the visiting delegation saying, “This is an incredible line-up. We are very lucky to have had a great partnership with the FAI over the years.”

Speaking about the work being done throughout the county, Mr Curran pointed to the structures in place in Ballinamore, Carrick-on-Shannon and Manorhamilton and the potenital that exists in Kinlough with the recent opening of an astro turf pitch.

“It is starting to come together for soccer in Leitrim.”

Mr Curran spoke about the partnership that has existed with the FAI in recent years noting the programmes such as ‘Goal to Work’, ‘Soccer Sisters’, intercultural events and the visit to the Council Chamber by former manager Giovanni Trapattoni and his assistant Marco Tardelli.

“Thanks to the FAI for coming down and for their continued support,” added Mr Curran.

FAI President Tony Fitzgerald also addressed the gathering saying, “It is a great honour to be here. On behalf of them and myself thanks for the welcome. It has been great to see first hand this week some of the positive work that is being done. I have been overwhelmed by Lovely Leitrim, it’s scenary and people. I’ll go home and tell everyone in Cork about this wonderful county.”

FAI John Delaney spoke about the partnership established between the FAI and various County Councils, including Leitrim, and pointed to the work carried out first by Declan Boyle and now Damon Kearney in their roles as Development Officers.

Mr Delaney spoke about the association’s emphasis on social inclusion, stressing “everyone has the right to play.” He spoke about how having twins - a boy and a girl - made him realise the importance of ensuring the same opportunities are available for girls as for boys.

He also took the opportunity to congratulate Mohill’s Dearbhaile Beirne who was a part of the Irish U-17 squad that competed in the recent U-17 European Championships.

He also paid tribute to Manor Rangers’ Bernie Cleary who has been involved with the club since its formation in 1980 and was recognised with at a function on Friday night last in Sligo.

Having spent much of the week in Yeats County the FAI CEO departed with a qoute from the renowned poet - “There are no strangers here, only friends that haven’t met yet.”