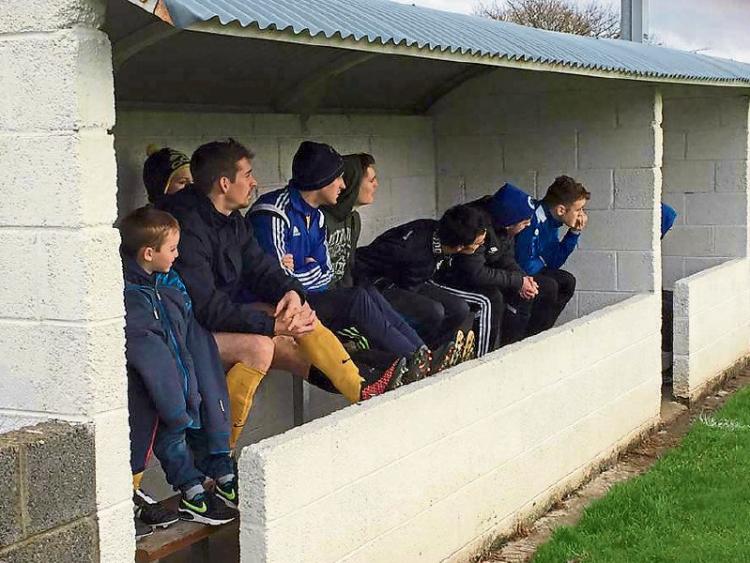 Manor Rangers advanced to the fourth round of the Connacht Junior Cup with a hard fought, extra-time win over MCR on Sunday morning last in MacSharry Park, Sligo.

The contest went right to the wire although Manor had enough chances to ensure victory without the need for extra-time but ultimately they will be pleased to have overcome a tough challenge from the Sligo based team.

Although Manor dominated matters in terms of chances created it was MCR who had the first sight of goal but goalkeeper Ali Alniyadi made a fine save when confronted in a one on one situation.

Manor grew into the game after that let-off with Kevin Buckley heading just wide after a fine delivery from Paddy Woulfe.

Seamus Ryder was next to threaten the MCR goal when he connected with an excellent free kick from Alan Harvey but again the effort was off target.

As the half progressed Manor continued to grow into the game and again came close to open the scoring but Alan Hickey headed just over from a Colin Ryan corner.

Approaching half-time the deadlock was broken when Seamus Ryder evaded the attention of an MCR defender and then rounded the goalkeeper before finishing from a tight angle.

The second half was barely five minutes old when MCR struck for an equaliser. The Manor defence struggled to clear the ball and Daniel Lang was on hand to force the ball home.

Half an hour into the second half Manor had a glorious opportunity to re-establish their lead but from three yards out Alan Hickey failed to get sufficient power in his header and was unable to take advantage of the open goal. Fortunately for Hickey and Manor that miss was soon forgotten as he volleyed home from eight yards out to edge Manor back in front.

Manor had further chances to increase their lead before MCR were awarded a penalty in injury time and Dromahair man Ciaran Harvey dispatched his shot beyond Alniyadi to bring the game to extra-time.

Gary Fowley excelled for Manor during extra-time and he regained the lead for Manor after good work from Kevin Buckley before Paddy Woulfe made sure of victory with the fourth goal near the end.

Victory for Manor Rangers means they advance to the next round of the Connacht Junior Cup where they will face Dynamo Blues from Tuam at the end of February.

Manor Rangers return to Super League action on Saturday evening with an away game against Boyle Celtic.