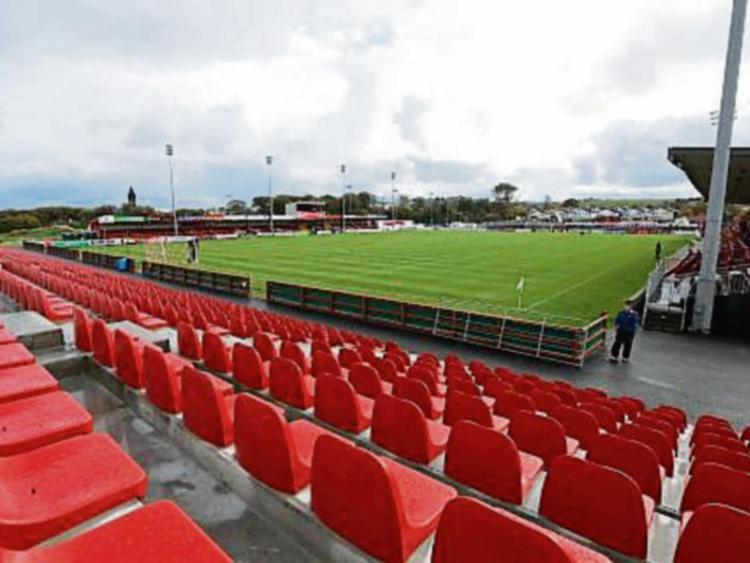 When it was announced a number of weeks ago that Sligo Rovers would host Liverpool U-21 in a pre-season friendly interest was immediately raised throughout the region.

To their credit Rovers indicated from the outset that this would not be the Liverpool first team and the 'star' players would not be following in the footsteps of Robbie Brady, James McCarthy, Marco Verratti, Stephan El Shaarawy, Marc-Andre ter Stegen and Kevin Volland who have played at the Sligo venue in recent years.

Since the friendly was announced Liverpool manager Jurgen Klopp has used several of the club's U-21 players in his first team and those he chose last weekend for the FA Cup game against West Ham outshone the more recognisable names. The game in The Showgrounds, next Wednesday, February 10, could feature a number of the players who Liverpool fans are getting excited about as being the ones who could play a big part in Klopp's revolution at Anfield.

The likes of Kevin Stewart, Sheyi Ojo, Cameron Branagan, Brad Smith and Jordan Rossiter have all caught the eye in recent weeks when given the chance in the first team but have yet to feature in the Premier League. While no commitment has been given in terms of what players Liverpool will bring over, it promises to be interesting to see over the coming years which of the players who do appear will have a future at Anfield.

The underwhelming performances of many of the senior players in recent weeks and months would suggest that significant changes will be made to the playing personnel before next season and Klopp may well be hoping some of these players will be able to do enough to convince him they can be part of his rebuilding project.

The highlight of Klopp's Liverpool tenure to date has been his dramatics on the touchline and his post match interviews as opposed to the largely mundane football his side has produced.

While developing stars of the future is something the top English clubs have been doing with their academies for decades it is a relatively new phenomenon for League of Ireland clubs.

An U-19 league and U-17 league have both been established in recent years and it is hoped clubs will be able to provide top class training for the regions top players and provide a clear route into top flight football, showing that leaving for England at the age of 15 isn't the only option available.

Last Saturday Sligo Rovers began their pre-season preparations with a friendly against Charlestown Athletic to mark the Mayo club's 25th anniversary. The 7-0 victory on a bitterly cold afternoon would no doubt have been pleasing for new boss Dave Robertson who took charge of a Rovers side for the first time. However, what he would have been particularly pleased with was the manner in which so many products of the clubs underage teams were able to seamlessly make the step up as many of them represented the club at senior level for the first time.

Among those who made his Rovers senior debut was goalkeeper Jack Burke from Dromahair who was introduced as a second half substitute. While there are two newly signed goalkeepers ahead of him in the pecking order at The Showgrounds, Jack's inclusion in the match day squad and his introduction was a deserved reward for the progress he has made in recent years with the club's underage teams and involvement with the senior matchday squad will serve as good preparation for the start of the U-19 league in March.

Next week's game between Sligo Rovers and Liverpool will not only serve as an opportunity to cast an eye over some of the talent that Liverpool hope will come to fruition over the coming years, it will also be an opportunity to get a first look at the team Dave Robertson has assembled at The Showgrounds and who knows, he may have unearthed some future stars of his own!