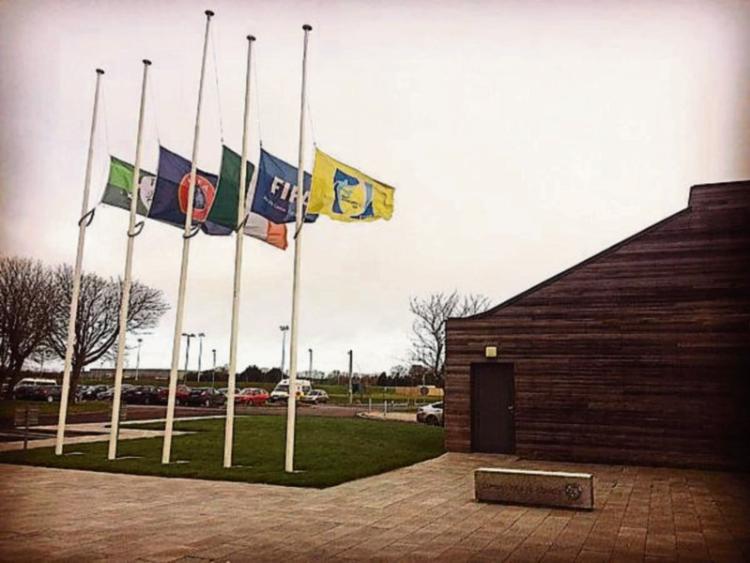 The relative unimportance of a group of people kicking a leather ball around a grass pitch was placed in stark reality last Wednesday morning when it was announced that Derry City's all-time leading goalscorer Mark Farren had lost his battle with cancer at the age of 33.

His battle was one that for some time had been carried out in the public eye as the footballing community throughout Ireland came together to raise funds to help Mark travel to Mexico last May for treatment it was hoped would help him overcome the illness he was first diagnosed with on Christmas Eve 2008.

Tragically it was a fight that Mark ultimately succumbed to but only after an incredible fight. In Mexico he was described by doctor's as a “walking miracle.”

In the days after his death, tributes poured in from President Michael D Higgins, the FAI, the IFA, those who played with him, against him and from many supporters whose sides he tormented in a glittering League of Ireland career. The constant theme among the tributes was that, as well as being an incredible footballer, he was also a special person.

Republic of Ireland internationals and former team mates of Farren's at Derry City, James McClean and David Forde paid tribute upon hearing the sad news. McClean has often got himself in hot water for comments on social media but he summed up the mood of many perfectly tweeting, “Gutted to hear news of the death of my former teammate Mark Farren, great player, even better man, prayers are with his family, RIP buddy.”

A glance at his career gives an indication of why he was held in such regard by so many. A native of Greencastle, Co Donegal, he spent time as a talented teenager in the UK with Tranmere and Huddersfield before returning to Ireland and playing between 2000 and 2003 for Finn Harps and Monaghan. He moved to The Brandywell to sign for Derry City in 2003 and it was the 2005 season when his talent became fully apparent as he finished as the league's second top goalscorer and was recognised by his fellow players as the PFAI player of the year.

The following year was another to remember for all at Derry City as Farren's form in front of goal helped the club claim the FAI Cup, League Cup and brought the League of Ireland title race to the very last day, only to be pipped by Shelbourne on goal difference.

Farren's goalscoring exploits for 'the candystripes' continued and he was the league's top scorer in 2008. After his initial diagnosis he played the 2009 season with only his wife Terri-Louise and manager Stephen Kenny aware of his illness and the goals kept coming. Towards the end of the 2010 season, with Derry City operating in the first division, following relegation for financial irregularities, Derry secured promotion with Farren as captain.

Having received what he described as “mixed messages” from doctors regarding continuing his football career, Mark stepped away from football as he continued his battle with cancer but always wondered whether or not he could still contribute on the pitch.

“I loved football so much, I couldn't give it up,” he was quoted as saying when deliberating life after football. In September 2011 he made his return to action when he came off the bench for Derry City against Sligo Rovers at The Showgrounds wearing his famous number 18 jersey - a jersey that Derry are to retire following his tragic death. It is rare that a home player would receive an ovation from all in the ground similar to what Mark received that day. For an away player to be welcomed back, with all rivalry cast aside, was heartwarming.

Mark finished his career with Glenavon but unfortunately his illness deteriorated meaning much of his remaining time was spent trying to beat his toughest opponent.

Following his death last week, Stephen Kenny paid tribute to the player and the person saying, “You see the goals Jamie Vardy scores now - they were the goals Mark was scoring." He added, “Everything about him was under the radar, except for his finishing. He was prolific. Mark was just a tremendous person to be around."