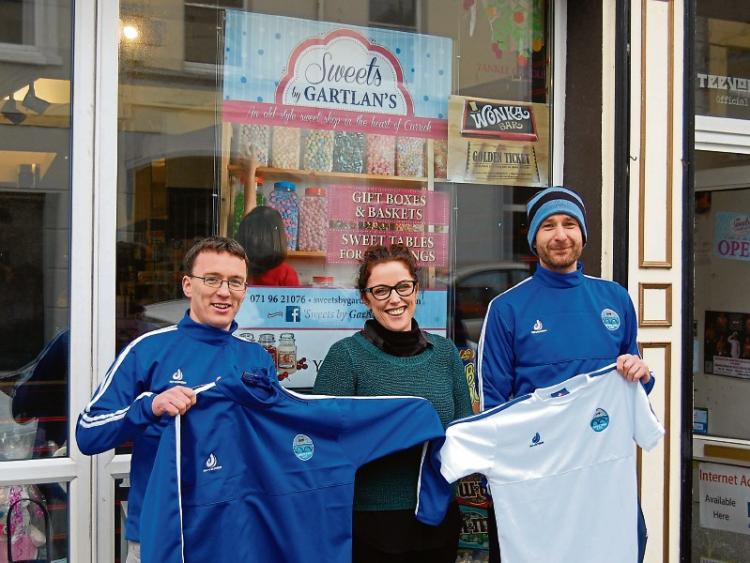 Carrick Town U18s made the long trip to Galway to take on a high flying and fancied Galway Hibernian side on Sunday last.

The game was played at Mervue's astro turf pitch because of the condition of the Hibs pitch.

A determined start by Carrick saw them settle quickly and they gave as good as they got during the opening exchanges with early chances falling to both sides.

It was from one of these early breaks that Carrick right midfielder Adam O'Hagan latched onto a high ball and met it with superb accuracy to beat the Hibs keeper from 30 yards to Carrick an early advantage.

It was a great start for the Carrick lads but within 10 minutes Hibs were level when a clearance by keeper Zwrar Ahmadi was picked up outside the box and driven to the corner.

The Galway side came at Carrick from the wings but some wonderful defending from Colm Murray and Ryan Goldrick kept the scores level.

After 35 minutes Carrick's Conor McGoldrick put a dangerous cross into the box and in a bid to clear the danger a Hibs defender finished to his own net.

Forward Eoin McLoughlin had a shot from a narrow angle which went narrowly wide of the post. Moments later Narada Patrasco had a goal disallowed for offside.

This was Carrick's best period in the game as just before half time the Galway side levelled.

Their centre forward in attempting to find space for a shot was fouled in the box and the resultant penalty was dispatched to the corner of the net.

Torrential rain as the start of the second half didn't help Carrick's cause and Galway grabbed the lead ten minutes after the break with a fine effort from outside the box.

To their credit Carrick fought back with centre backs Daire Guckian and Cormac Smith breaking down some fine Galway play.

Midfielders Oisin Murphy, Hemn Allakarami, O'Hagan and McGoldrick tried hard to get Carrick back in the game with their attacking style.

Carrick introduced Hasib Allakarami and Jack Healy in the second half and they played well to steady the ship but it was to be the Galway side day.

They finished strongly and brought some fine saves from Carrick keeper Ahmadi before wrapping the game up with their fourth goal.

Although their cup adventure has come to an end, the Carrick Town team can be proud of their Cup run and can have no shame in being beaten by a good Galway Hibs team who have two players the Irish U-18 squad.

U14: Congratulations to Sam Barnes and Killian Gaffey. Both, have been selected for the Sligo/Leitrim u14's Kennedy Cup squad. Well done lads.