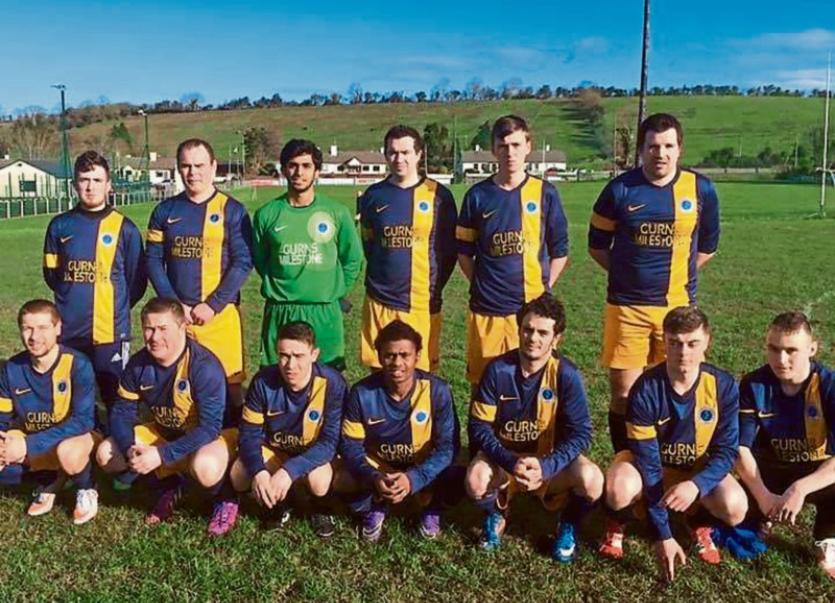 With a number of first team players unavailable Manor Rangers made the relatively short journey on Sunday morning last for a league encounter with Calry Bohs.

It would be hard to argue Calry did not deserve their win but the scoreline does not reflect the number of chances Manor created over the 90 minutes.

With a combination of new faces and experienced heads in the starting eleven Manor would have been hoping they could settle into the game and build some confidence during the opening exchanges.

Unfortunately that is not how it was to transpire for Manor as they found themselves a goal down after just three minutes. The ball was lost in midfield and Calry took full advantage. Paddy Heraghty took full advantage of the space and he struck a stunning shot from distance that found its way to the top corner of the Manor goal.

Despite that start Manor came back strongly with the veterans Paul Lonican and Joe Keaney helping to keep a good shape to the team while Daniel Skimmin came off the wing to offer strengthen the centre of midfield.

Manor will still be wondering how they failed to equalise as they spurned a litany of chances. Daniel Skimmin was denied by the Calry keeper on a number of occasions while Hassan Ajip saw a delicate chip turned to safety by the goalkeeper.

Seamus Ryder also had a chance to level matters but his header from Hassan Ajip's cross was off target.

Having done well to re-establish themselves in the game Manor were dealt a cruel blow when Calry doubled their advantage approaching half-time courtesy of Paul Melvin.

Manor were again solid and well organised in the second half but once again the Calry goalkeeper was equal to everything that was thrown his direction.

With 25 minutes of the remaining the game was effectively ended as a contest when Calry struck for their third goal of the game. After creating an overlap, the ball was worked back to Michael Flynn who scored from close range.

Despite the scoreline Manor continued to persevere with Gavin Sweeney going close when he came up for a corner but his effort was cleared off the line.

Manor scored a late consolation goal after good work involving Helder Oliveira and Daniel Skimmin. When the ball fell to Paul Lonican his shot was saved but Seamus Ryder was on hand to force the rebound home.