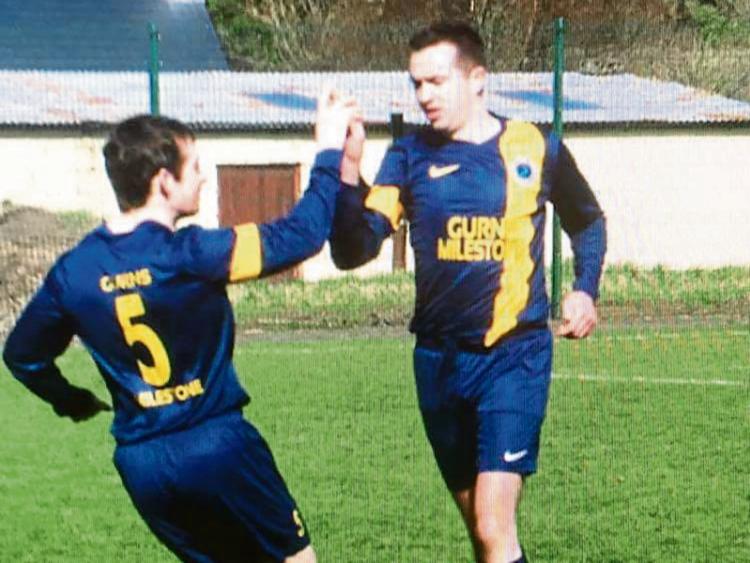 Manor Rangers took a big step towards securing their Super League status for next season when they recorded a comprehensive victory over Real Tubber in the IT Sligo astro-turf pitch on Sunday morning last.

Team captain Alan Hickey led by example as he scored four goals in the first half that went a long way towards securing all three points for Manor.

Manor Rangers dominated matters from the first whistle and the final outcome could have been even more emphatic than the four goal margin of victory suggests.

Daniel Skimmin was first to go close for Manor but he saw his shot sail harmlessly over the Real Tubber bar.

However, Manor didn't have to wait much longer to register the opening goal. Seamus Ryder released Alan Hickey and the team captain made no mistake with an emphatic finish.

The second goal arrived five minutes later and once again it was Hickey who was on target for Manor. Daniel Skimmin's well delivered corner was met by Hickey's powerful header which flew into the Tubber goal.

With Manor dominating proceedings they had chances to further increase their lead. Seamus Ryder was unlucky to see his clever lob going just the wrong side of the crossbar while hickey was denied a hat-trick when he forced the Real Tubber goalkeeper to make a great save.

Having spurned a number of chances to increase their lead Real Tubber found themselves right back in contention when Robbie Jordan fired home after the Manor defence failed to deal with a corner.

Manor responded well to that setback with Alan Hickey leading by example as he fired home a shot from 30 yards to re-establish the two goal lead.

Further chances fell to Hassan Ajip and Seamus Ryder before Manor registered their fourth goal and once more it was Alan Hickey who was on target.

Once again he managed to get his head to a Daniel Skimmin corner and send the ball out of the reach of the Real Tubber goalkeeper.

Having deservedly established a two goal lead Manor will have been frustrated that they gave Real Tubber a glimmer of hope.

A shot parried by Ali Alniyadi fell kindly for Jack Welsh who scored from close range to reignite Tubber's hopes.

Before half-time Manor had a let-off when a shot struck the outside of the post but as the sides left the pitch at half-time it was Manor who would have been the happier as they enjoyed a commanding 4-2 lead.

The second half proved to be relatively straight forward for Manor as they extended their lead with two further goals from Seamus Ryder.

That win leaves Manor 10 points clear of real Tubber, who are second bottom and they can now start to look up the table with a bit more confidence as they are just five points off Carbury who are in fifth.

However, next up for Manor is another trip to Galway where they will face Corrib Celtic next Sunday in the Connacht Cup.