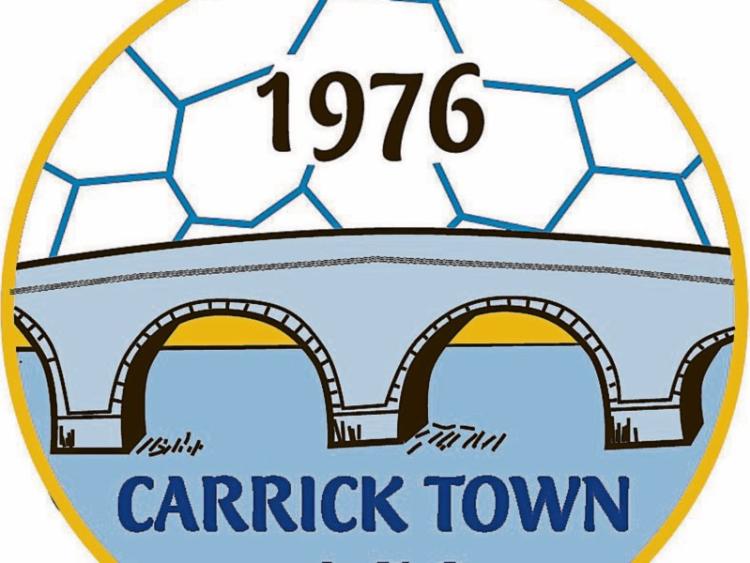 Our under 13s travelled to Ballymote recently needing a win to stay in contention for a playoff place, sadly it wasn't to be.

The lads found themselves 1-0 down after five minutes when the home side scored from a free kick. The ball took a wicked deflection giving Niall Crowe no chance to save. Ballymote scored two more after half time having caught Carrick out on the break.

Carrick never gave up and their hard work paid off when Brian McKenna scored after a brillant assist from Jack Casey.

Ballymote continued to defend very well to hold on and record a 3-1 win.

The lads played some fantastic soccer on the day and with a bit more luck could have won the game.

Congratulations to Carrick Town U-11 players Gerard Murtagh and Niall Holohan who have both been selected for the Sligo/Leitrim U-11 Emerging Talent Program squad.

The boys attended a series of trials over the past few weekends with over 120 kids from other clubs and have been selected to represent the club and commence training with the Sligo/Leitrim squad.

Well done to our other U-11 players, our two Ben's & Aaron who took part in the trials and no doubting their ability will get other opportunities.

The senior teams promotion hopes were dented on Sunday last when they were defeated by Cliffoney Celtic.

Fourth placed Carrick Town took on mid-tabled Cliffoney Celtic who are suffering from a recent slump in form which continued again this weekend when the Carrick on Shannon side were on the wrong side of a five nil score-line.

Diarmuid Gallagher with a hat-trick of goals and one each from Brian O'Connor and Mark Quinn saw the Leitrim men go home empty handed.

The weekends results mean Carrick Town remain in fourth position in the Premier League table. Having played 18 games Carrick Town have accumulated 32 points and are 10 points adrift of table toppers Ballymote who are on 42 points having played a game less than Carrick Town.

St John's, who drew 1-1 with MCR at the weekend remain in second position and are seven points clear of Carrick Town and have also played a game less.

With six games remaining a play-off spot is still very much an achievable target for Carrick as they trail third placed team Arrow Harps by two points but have three games in hand.

Next up for Carrick Town seniors is a mouth-watering contest against the inform St John's which is scheduled to be played in The Showgrounds next Sunday morning at 11am.