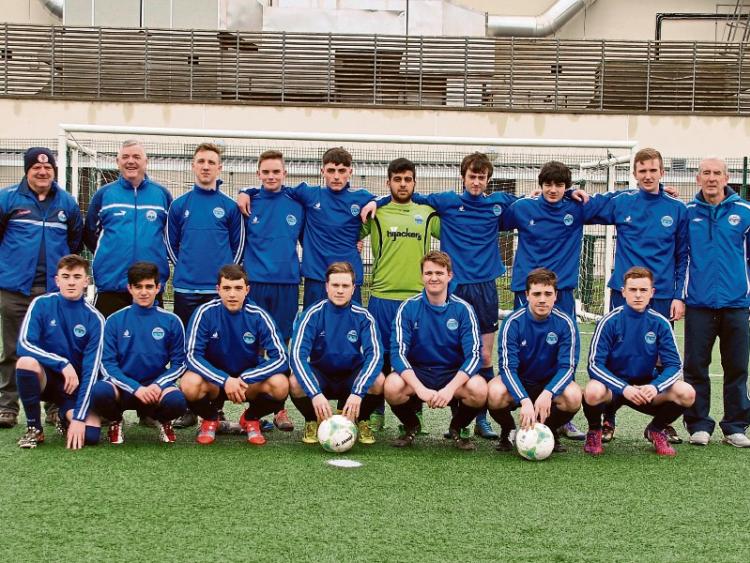 They say you need a little bit of luck in every game but this was not to be for Carrick Town as they were defeated in this Sligo Leitrim U18 League semi-final played at Sligo IT astro turf pitch on Saturday last.

A disallowed goal, a penalty appeal turned down and the crossbar just didn’t help Carrick’s cause as they sought a place in the final.

Having chosen to play with the wind in the first half, Carrick Town showed some nice touches and brought some fine saves from the Dromore keeper. Hemn Allakarami fired just over early on and this was followed by chances from Eoin McLoughlin and Kyle McNabola.

As the game went on, it was clear Carrick needed a goal as they had wind advantage but the high ball into their forwards favoured the Dromore defence who cleared time and time again.

Carrick midfielders Conor McGoldrick and Cormac Smith tried to unlock the Dromore defence with some fine runs and Smith was unlucky with a header soon afterwards.

Carrick forced a series of corners just before half time and central defender Jack Barnes was unlucky to see his effort go just wide. The teams went in level at the break.

Conditions deteriorated in the second half and Dromore began to make use of the strong wind, floating in some fine crossed which were ably dealt with by Carrick’s Daire Guckian and Barnes in the middle.

Carrick’s wing backs Ryan Goldrick and Colm Murray had to be alert to prevent the Dromore wingers from cutting into the box and this they did to good effect. Carrick keeper Zwrar Ahmadi made an excellent save to keep the teams level.

A long kick out by the Dromore keeper in the 50th minute saw one of their midfielders produce a speculative shot towards the Carrick goal and the ball lobbed in perfectly under the crossbar out of the reach of keeper Ahmadi.

This was a blow to Carrick as they had a multitude of chances and no luck.

Carrick came back at Dromore and shots from Oisin Murphy and Jack Healy were well dealt with by the inform Dromore keeper.

To their credit, Carrick Town kept their heads up and continued to play some fine football up to the final whistle, producing a barrage of corners in the dying minutes but the Dromore keeper was in fine form and Carrick just couldn’t get the breakthrough.

Well done to a gallant Dromore Villa side who now play Strand Celtic in the final.