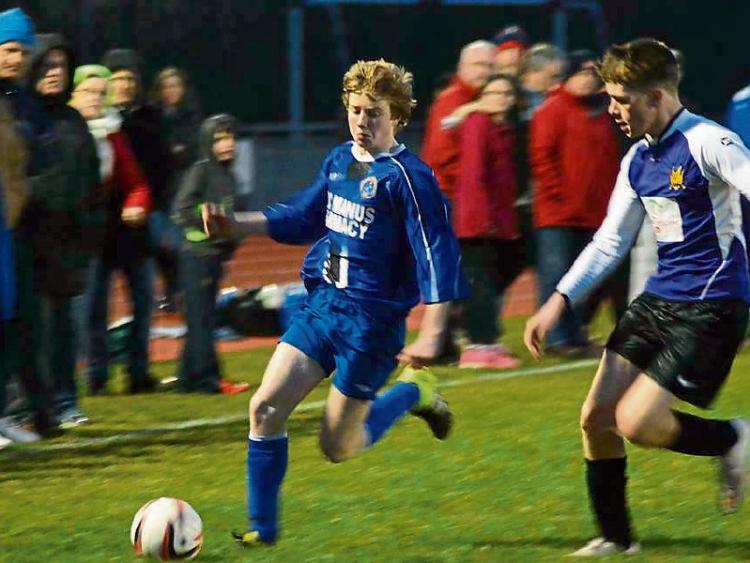 Manor Rangers defeated Valley Rovers 4-0 on Thursday evening in IT Sligo last to advance to the Sligo/Leitrim Division 1 league final.

A goal inside two minutes helped settle any nerves the Manor players may have had as Jack Kelly found Vincent Sweeney who powered his shot to the Valley goal.

After the ideal start Manor continued to dominate matters but were unable to add to their lead during the opening half although Dylan Guihen, Jack Kelly, Shane Walsh, Mark McGee and Jack O'Connell were all asking questions of the Valley defence.

Valley Rovers came into the game as an attacking force and would have equalised only for an excellent save from Manor goalkeeper Alex Mullins.

With the game opening up the next goal would prove crucial and it was Manor who pounced to open up a decisive two goal lead. Jack O'Connell released Vincent Sweeney who calmly dispatched his shot past the Valley goalkeeper.

The game was all but ended as a contest when Kevin McDermott and Vincent Sweeney combined to carve open the Valley defence and Sweeney applied the finish the move deserved to open up a three goal lead.

After some more Valley Rovers pressure victory and progression to the league final was confirmed when Shane Walsh's corner found Jack O'Connell at back post and he tapped the ball to confirm and emphatic win.

The final will be played on Thursday, April 7 when Manor travel to face Benbulben at 6.15pm.