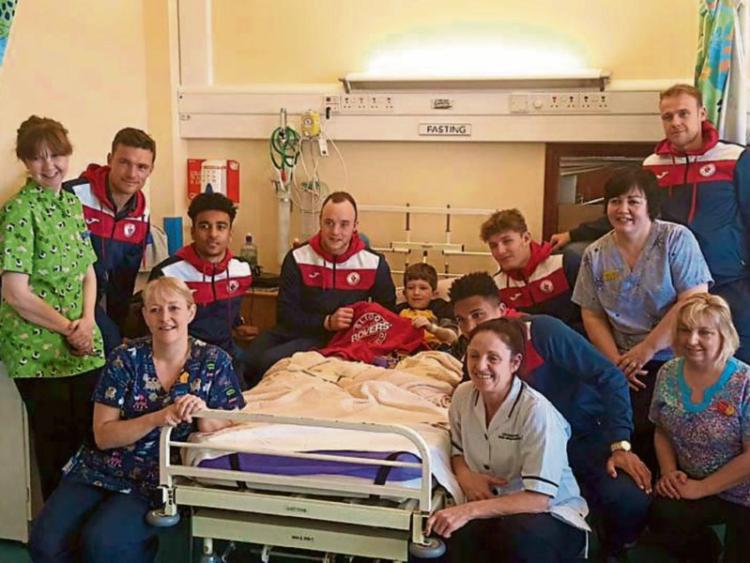 After their dismal collapse in the Carlisle Grounds on Saturday evening last the reaction of the Sligo Rovers supporters told the players everything they needed to know.

There was no muted applause or stinging insults from the visiting supporters when they were acknowledged by the players who had so woefully under performed during the second half. Instead there was an eerie silence that told the players everything they needed to know, if they had been in any doubt.

Seeking their first win of the season as they entered their fifth league game there were hopes Dave Robertson's men could build on some of the promise they showed in earlier games.

Robertson made just one change to the side that were held to a draw by Finn Harps with Ciaran Nugent deputising for Micheal Schlingermann as a result of an injury picked up by the Mayo man.

On what was an incredibly windy night in Bray, the visitors started well as they looked to assert themselves on the game from the start.

Craig Roddan and Kieran Sadlier both looked impressive while the front pairing of Liam Martin and Chris Lyons were full of running. Sadlier had an early chance, after just three minutes, which flew wide of Peter Cherrie's goal while Roddan also had a brief sight of goal but the final ball was overplayed and the chance was gone.

Bray were dealt a blow when Mark Salmon's involvement in proceedings was brought to an end but Rovers had real difficulty contending with his replacement, Alan Byrne. Bray Wanderers manager has signed Byrne at Drogheda United, Athlone Town and now they have linked up again at the Carlisle Grounds. Rovers' experienced players should have been aware that in terms of aerial power there aren't many in the league who can get the upper hand on Byrne.

In many past meetings Byrne has been a real handful for Rovers when operating at centre-half but on Saturday night last he was introduced to the centre of midfield where his physical presence proved too much for the Rovers players.

Bray began to impose themselves on proceedings as the half continued and Ryan Brennan came close to opening the scoring with a dangerous shot from outside the box.

Rovers were dealt a blow on the stroke of half-time when Tim Clancy's involvement in proceedings came to an end but that should not have been a signal for what was to follow in the second half.

Bray opened the scoring four minutes after the break when Nugent appeared to dive too early and Ryan Brennan powered his shot to the goal.

Unfortunately there was no spirited fightback from the visitors instead they feebly threw in the towel allowing Bray to collect their first win and their first clean sheet of the season.

The lead was doubled when Karl Moore took advantage of some horrific defending after the ball was squared to him by Dean Kelly.

Raffaele Cretaro was introduced for Rovers but it was Bray who looked the more likely to score again and they did just that in the 66th minute when Regan Donelon diverted a Bray corner past Nugent.

The misery was compounded for Rovers when with five minutes remaining they conceded another soft goal. The ball was allowed to bounce in the box and Andrew Lewis was on hand to dispatch the ball past Nugent.