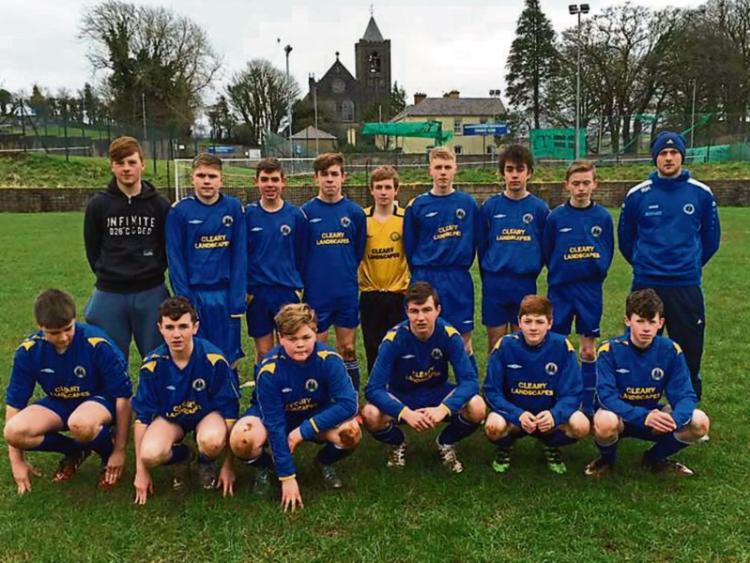 An injury time equaliser for Glenview Stars meant last Friday was anything but a good one for Manor Rangers who remain in the race to avoid the final relegation play-off spot at the foot of the Sligo/Leitrim Great Southern Hotel Super League.

While there was no escaping the sense of frustration around the Bee Park, there were positives that could be taken from a game which really should have seen Manor claim all three points and move above Glenview in the table.

Glenview dominated the first five minutes as they launched a series of free kicks, throws and corners into the Manor Rangers box. There were some hairy moments for Manor but goalkeeper Paul Scanlon remained a strong presence throughout those early stages.

After those difficult early moments, Manor came into the game impressively with Paul Boylan having a calming influence in the centre of midfield.

Good link up play between Conor Dolan and Daniel Skimmin saw Skimmin with the ball at his feet in the box. He displayed excellent skill to create a scoring opportunity but his shot went over the bar.

Approaching the quarter hour mark Manor came close again when Seamus Ryder released Dolan with a well disguised back heel. His shot was well saved by Glenview goalkeeper Niall Crawley and frustratingly for Manor the goalkeeper was also on hand to deny Mark McGourty who looked certain to score from the rebound.

With half an hour played Skimmin's first touch got him away from a Glenview defender and he then went around the goalkeeper. There were suggestions Skimmin may have been fouled in doing so but nothing was given and the ball went out of play for a corner.

Manor went even closer three minutes later but on this occasion Paul Boylan's shot was headed off the line.

As the game progressed Manor became more and more dominant but they had to wait until the 73rd minutes before they opened the scoring with Mark McGourty firing home after an excellent pull-back from Seamus Ryder.

Manor spurned a host of chances to add to their lead and were denied a penalty after Paddy Woulfe was taken down by the Glenview goalkeeper and all those chances came back to haunt them when the visitors pounced for a fortuitous equaliser in the final minute of the game.

The introduction of Glenview player-manager Gino O'Boyle gave the Manor defence an extra problem when they faced a late long throw and when the ball wasn't cleared initially, the unfortunate Conor Dolan succeeded only in bundling the ball into his own goal.

Manor were in action again last Sunday morning but went down to a 3-0 defeat at the hands of Yeats United.