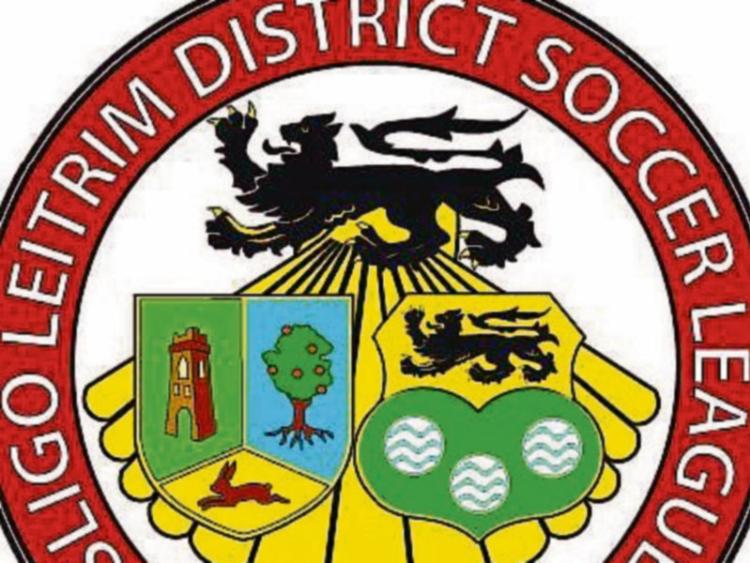 Marksmen for Boyle were Lee McKillen, Aaron Calpin and Luka Roddy. Yeats United, thanks to a superb performance from leading scorer Sean Pender, are just one point behind the leaders after hitting Ballisodare United for three without reply.

Aughanagh Celtic were at home to City United where the goals came in thick and heavy, unfortunately it was a very one sided affair. City United romping home 10-1 winners. Clive Somers netted a hat-trick, Aaron Murrin bagged a brace and Gary Rooney scored one.

City United’s net minder Martin Ward turned to poacher when he stepped up and slotted home from the penalty spot.

Ross McLoughlin, Bradley Curley, Damien Scanlon all got their names on the scorecard. Aughanagh Celtic’s stalwart Dermot Beggan scored the consolation goal for the home side.

Yeats United, playing at home to Manor Rangers, saw Sean Pender strike yet another hat-trick to secure the three points and maintain the pressure on Boyle Celtic.

Pender has become one of the most prolific strikers in the Sligo Great Southern Hotel Super League in recent times and it was obvious from his early days with the Yeats men that he had great potential.

City United are still in the chasing pack with a game in hand on the leaders and three in hand on the Yeats Men but games in hand do not automatically convert to points on the board.

Strand Celtic welcomed Glenview Stars to blustery Strandhill where they played out a 1-1 draw. Ryan Lynch scored for Strand while Martin Ward on target for the Stars.

Super League leaders Boyle Celtic were at home to Carbury FC. Conor Deery bagged a brace while Shane Battle and Luka Roddy scored one each for Boyle, Gary Finan with the consolation goal for Adrian Conlon's side.

Following pitch inspections both Ballisodare United and Calry Bohs. venue’s were deemed unplayable and the tie will be rescheduled.

Kilglass Inishcrone failed to field against Benbulben and conceded a walkover for which they will be severely penalised and receive a warning as to their future conduct.

St Johns FC ensured the Premier League title will go all the way to the wire with a convincing 3-1 over Cliffoney Celtic. Conor Brennan scored a hat-trick, Kevin Gavigan with the consolation goal for Cliffoney Celtic.

MCR FC were at home in Sean Fallon Park where they did battle with Carrick Town. This tie ended all square, Niall Comerton bagged a brace while Adam Devaney and Daniel Lang hit one each for the Cranmore based side.

Chaffpool United were at home in Bunninadden where they played leaders Ballymote Celtic and the Ballymote men continue in their charge towards the title. Mark Irwin, Daniel Hargadon, Dessie Flynn and Daniel Clarke all on target for the visitors. Jason Marren scored Chaffpool’s only goal.