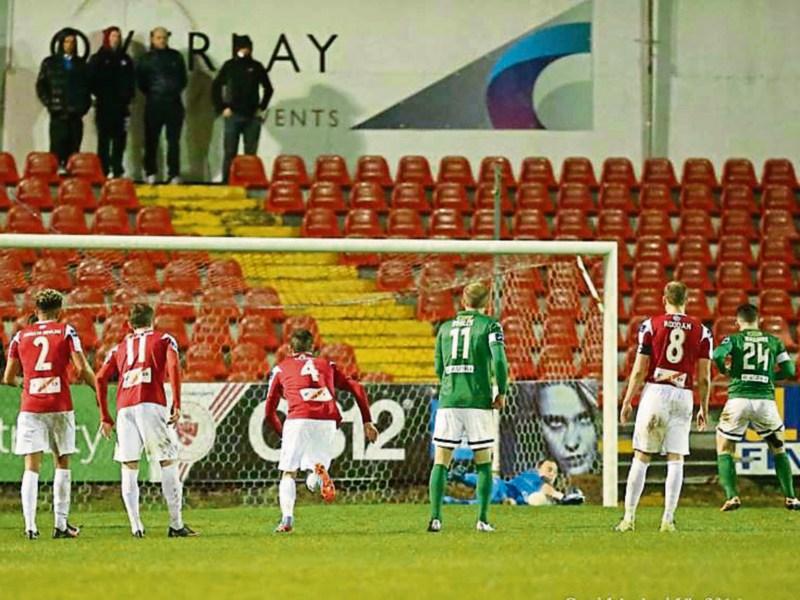 After much criticism following their collapse against Bray, last Saturday Sligo Rovers hosted Cork City, with not many expecting anything other than a win for Cork.

With experienced centre-backs Gavin Peers and Tim Clancy both ruled out due to injury manager Dave Robertson was forced to make a number of changes with Gary Boylan and Michael Leahy both coming into the team.

Also recalled following injury was goalkeeper Micheal Schlingermann and he proved to be hugely influential as he saved a second half penalty from former Sligo Rovers player Sean Maguire.

Jaanai Gordon, who has had a slow start to his Sligo Rovers career was recalled to the starting line-up but is still struggling to show the form that convinced Dave Robertson to bring him on loan from West Ham United.

It was the workrate of the midfielders, who typified the improvement in performance. Kieran Sadlier and Craig Roddan have looked good in patches in their games to date and they were central to all of Rovers good play on Saturday night.

Sadlier was the first to have a sight of goal but he was just off target with his free kick from the edge of the box while Gordon saw a powerful shot saved by Cork City goalkeeper Mark McNulty.

Cork's first effort of note came in the 25th minute but Schlingermann was equal to Stephen Dooley's effort.

Kieran Sadlier and Sligo Rovers were bright when the second half got underway but once again were unable to find a goal to break the deadlock although Jimmy Keohane and Jaanai Gordon both had chances.

The best opportunity of the evening fell to Cork City's Sean Maguire 10 minutes after the restart after he was adjudged to have been fouled by Schlingermann and the referee signalled for a penalty. Looking to make an impression on his return to The Showgrounds, Maguire was hoping for his fifth league goal of the season but his effort was well saved by Schlingermann.

Cork were arguably the better team in the closing stages but had to settle for a share of the spoils. Dave Robertson will be hoping the improved performance on Saturday will be replicated when his team travel to Dublin on Friday evening to face St Patrick's Athletic.