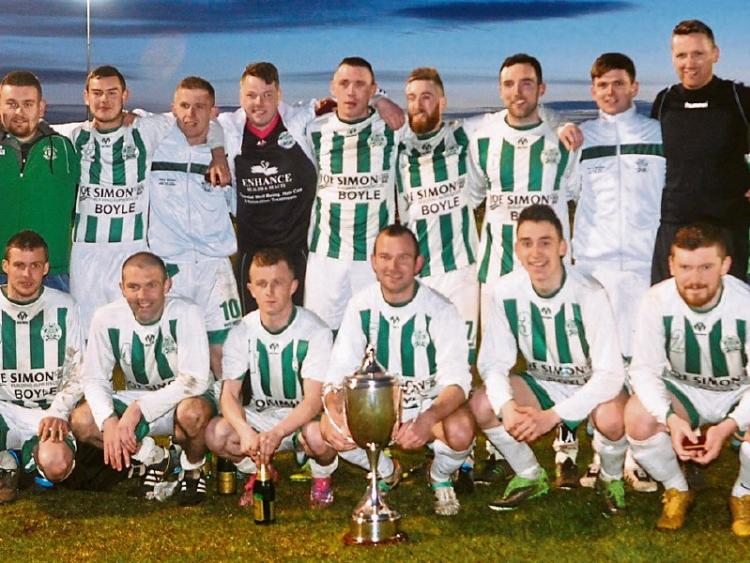 Boyle Celtic had a 3-0 win over Calry Bohs to lift the silverware at home while Sligo Rovers shocked Derry City last Friday for their second consecutive win in the table, a win that moves them up to eighth place in the table.

Boyle's victory saw them claim the title ahead of City United by three, having dropped just two points all season.

Goals from Raffaele Cretaro and Jimmy Keohane propelled the Bit O'Red towards their second win on the trot following the victory over Longford Town and speaking to sligorovers.com, boss Dave Robertson was delighted with the victory.

“Once again I was pleased with the performance and another clean sheet puts the icing on top of that. We need to make sure we maintain those levels going into the next week's games against Wexford and Shams.

“Obviously the really pleasing thing over the past seven days is the two performances against Longford and Derry. That's six points on the board and two deserved wins."

Rovers' next outing is our first ever clash with Wexford Youths next Saturday before a trip to Tallaght the following Tuesday. Robertson says the team is keen to take on the run of games and are aiming to continue this rich vein of form.

“We went down and watched Wexford last week against Galway and we had someone at the Shams game on Friday night. So we're looking forward to two competitive games. But for now, the focus is on Wexford. We'll work hard again this week and prepare in the right way and then hopefully go into the game with even more confidence on the back of two great wins."

Raffaele Cretaro and Jimmy Keohane struck in either half as Rovers reversed the result between the two teams in the EA Sports Cup just two weeks ago. Derry came into this game one the back of a one hundred percent home league record but it was the away side who were responsible for the early chances.

Cretaro made his 450th competitive appearance for the Bit O'Red on the night and when Craig Roddan's free from the left drifted over the grasp of two defenders, Cretaro headed the ball between Doherty and the back post for his second goal in as many outings.

Rovers made sure of the win in the second half when Keohane netted his first goal for the club, the 25-year-old muscling his way past two Derry challenges before placing the ball, left footed past Doherty from ten yards.

On the Junior soccer front, there was mixed fortunes for Leitrim’s teams with Manor Rangers in action twice, winning one and losing one while Carrick Town fell to defeat in the Robert Cawley Memorial Cup Semi-Final, losing 2-0 to Ballymote Celtic.

Boyle Celtic, on their way to the title, proved too strong in the Great Southern Hotel Super League last Wednesday as they recorded a 2-0 win but the north Leitrim men recorded a crucial 5-1 win over Glenview Stars on Sunday.

That victory moved Manor out of the playoff places and secured their Super League status for another season.

In underage football, Manor Rangers U14 Girls were the only team to record a victory over the last week as they scored a 3-0 victory over Ballisodare Utd. Their U12 Girls lost 2-0 to Strand Celtic while the U12 Boys lost 2-1 to Cregmore in the Connacht Cup.

Carrick Town didn’t enjoy better luck as their U15 team lost 3-1 to Strand Celtic and then lost 5-4 to Benbulben in the Plate before their U13 team lost 4-3 to Real Tubber in the Division 1 Plate competition.

Manor Rangers will have a busy week as they take on Ballisodare Utd in the Radisson Blu W B Yeats Cup Quarter-Final tonight (Wednesday May 4) before facing the same opposition on Friday in their last Super League game of the season.

And it could get even busier if they prevail in the Yeats Cup Quarter-Final with the semi-final against Boyle Celtic fixed for next Sunday morning.

In other underage soccer fixtures, Manor Rangers and Carrick Town will both be in action in U11 action on Saturday while Manor Rangers will be hoping to reach next Saturday’s U14 Group A Plate Final against Merville United.