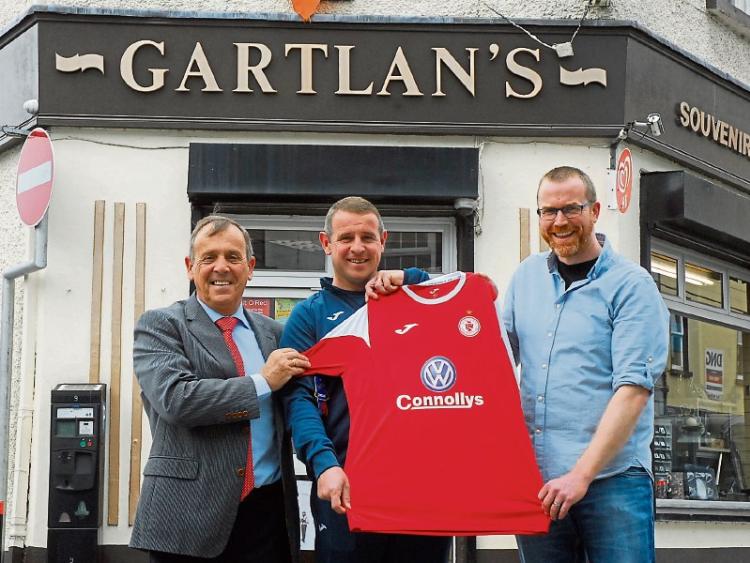 Sligo Rovers bounced back from the disappointment of a three goal defeat away to Shamrock Rovers last Tuesday with a hard fought and slightly fortuitous victory over Bohemians in The Showgrounds last Saturday.

Although luck may have been on their side, Sligo Rovers manager Dave Robertson would have been pleased by the manner in which his side approached the game. Rovers surrendered far too many excellent chances to the Bohs players, with a countless amount of free headers spurned by the Phibsboro based side. However, there was a doggedness to Rovers that wasn't always present in the opening weeks of the league campaign.

For Rovers it was important to get back to winning ways as although they have moved clear from the drop zone other results over recent weeks gave an indication that all teams appear as though they will be capable of grinding out wins over the course of the season.

Having named the same starting team for four successive games - three of which provided victories - Robertson made two changes to the starting line-up for last Saturday's game. Kieran Sadlier and Philip Roberts were both included in place of John Russell and Jordan Richards, both of whom have made telling contributions over the past month.

With the first choice centre-back pairing of Gavin Peers and Tim Clancy still unavailable due to injury Mick Leahy once again partnered 20 year old Gary Boylan in the heart of defence. It proved to be a particularly troublesome evening for Leahy who was issued with a second yellow card with 26 minutes of the game remaining.

Bohs' powerful front man Ismahil Akinade was dealt with relatively well when he was up against Gary Boylan but the 6' 3” forward enjoyed more success when he moved slightly and found himself in direct competition with Leahy.

Bohemians went into last Saturday's game having gone five league games without a goal but they should have broken the deadlock inside two minutes. Roberto Lopes found himself in an excellent position after a defence splitting pass from Paddy Kavanagh but from close range Lopes succeeded only in striking the ball off the woodwork.

Further chances fell the way of the visitors before Liam Martin opened the scoring in the 18th minute. Jimmy Keohane beat two defenders before finding Kieran Sadlier who backheeled the ball to Martin who finished from close range via a deflection.

Rovers could and should have doubled their advantage six minutes later when Raff Cretaro was picked out by a wonderful pass from Sadlier but the veteran forward was unable to beat Dean Delaney from close range.

That proved to be Rovers' last real chance of the game as Bohs dominated much of the remainder of the game. However, a combination of poor finishing and excellent goalkeeping from Micheal Schlingermann ensured the home side emerged with all three points.

Reflecting on the game Rovers manager Dave Robertson said, “I challenged the players for a response, and a positive response after the Shamrock Rovers game. It was good that we had a game coming around so quickly because there was a feeling of disappointment after that one.

“It wasn’t a free-flowing, glorious game of football tonight but ultimately we won ugly and won through dogged resilience and a gutsy performance from the team.”

Sligo Rovers turn their attention to the Daily Mail FAI Cup next Saturday when they host Cabinteely at The Showgrounds, kick-off 7.45pm.