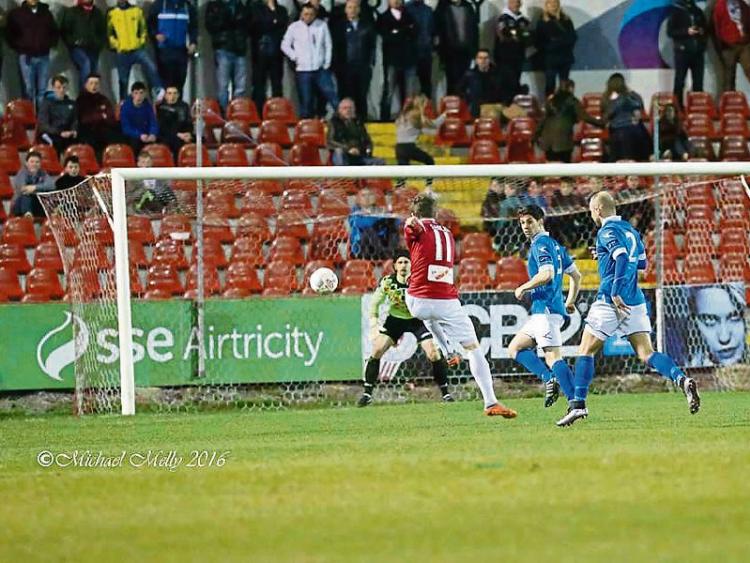 Sligo Rovers continued their excellent recent run of results last Sunday afternoon when they travelled to Galway and emerged with all three points, courtesy of two goals from Kieran Sadlier.

Rovers have now won six of their last seven games in all competitions and are playing with a degree of confidence that was noticeably absent in the opening weeks of the campaign.

In the absence of Mick Leahy and Craig Roddan due to suspension, Jordan Richards started in midfield while Gavin Peers started in the heart of defence as he continued his comeback from injury but unfortunately he was unable to finish the game as he was struck down with an injury once more.

Galway were dealt a blow in the 20th minute when Armin Aganovic was given his marching orders following an off the ball collision with Raff Cretaro. Aganovic appeared frustrated when competing for an aerial duel with Cretaro and fell to the ground appearing as though he was in agony. When he wasn't awarded a free he jumped back to his feet and confronted Cretaro who then ended up on the ground, resulting in a straight red card for the Swedish defender.

Having been used to playing with a numerical disadvantage on numerous occasions this year, Rovers seemed to struggle when they had a man extra on the pitch. Having been bright and lively in the opening stages of the game, following the red card, the visitors looked disjointed and devoid of ideas as they sought a killer ball too early.

Kieran Sadlier and Tobi Adebayo-Rowling both forced Galway goalkeeper Conor Winn into making saves, but he wasn't overly troubled by either effort.

In the closing stages of the half John Russell went close for the visitors when he volleyed towards goal with Winn out of position but the Galway netminder did brilliantly to recover and make a diving save.

The second half got underway with Rovers looking to break the deadlock but there was a nervousness in their play that suggested they could be in for a frustrating afternoon.

However, with 18 minutes remaining Sadlier took matters into his own hand with a magnificent individual goal . After weaving his way past three defenders on the left wing, the talented former Ireland U-15, U-16, U-17, U-19 & U-21 Irish international worked his way into the Galway box and dispatched his shot past Winn.

Having worked so hard for the opening goal, the lead was to last for just seven minutes as Cretaro cleared a ball that was destined to be caught by Rovers goalkeeper Micheal Schlingermann and when the ball was worked back into the Rovers box, Gary Shanahan did well to power his header to the corner of the net.

However, there was still time for one final twist with Kieran Sadlier slotting away the winner with six minutes remaining after good hold-up play from substitute Janaai Gordon.

Sligo Rovers travel to Ballybofey on Friday night for another local derby in what will be the final league game before the league enjoys a summer break which coincides with the European Championships.