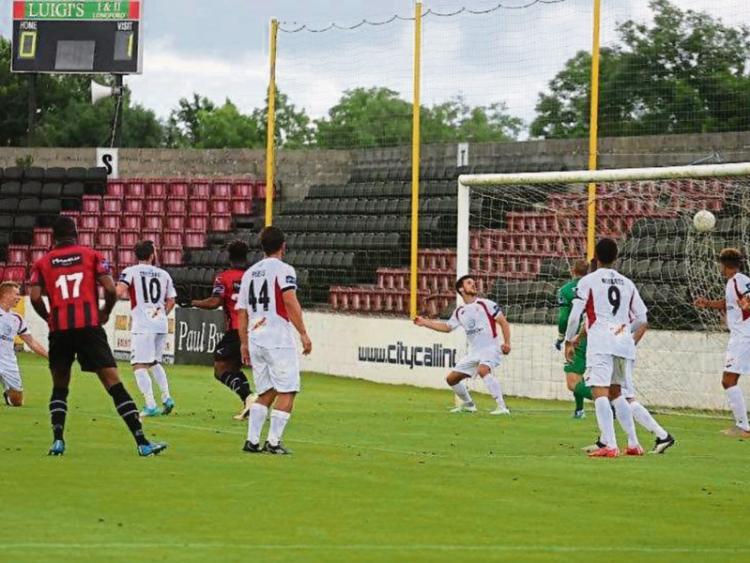 There was no separating local sides Sligo Rovers and Longford Town when they met in City Calling Stadium on Saturday evening last in what was a game high on effort but lacking in quality for large parts.

After a disjointed few months due to the mid season break during the European Championship and then a number of games being postponed in order to alleviate the fixture congestion of Cork City and Dundalk due to their European commitments Sligo Rovers looked to build some momentum following their victory over St Patrick's Athletic two weeks earlier.

After four successive defeats, Longford manager Tony Cousins would have been all too aware of the importance of picking up at least a point last Saturday as his side find themselves rooted to the foot of the SSE Airtricity League Premier Division table.

Sligo Rovers looked bright in the opening stages as they made good use of possession and looked threatening when they attacked with pace.

The visitors deservedly broke the deadlock with just over 30 minutes when Liam Martin delivered an excellent ball into the Longford box and Raffaele Cretaro's run into box wasn't matched meaning he was able to head firmly beyond former Sligo Rovers netminder Ryan Coulter.

However, Longford drew level on the stroke of half-time when Rovers failed to deal with a corner taken by Kaleem Simon and Rhys Gorman was took advantage of some suspect defending and fire the ball past Schlingermann.

The Bit O'Red regained the lead shortly after the restart when Phil Roberts took responsibility for a free kick just outside the Longford Town box. The former Arsenal academy player floated the free above the Longford wall and out of the reach of Coulter to edge the visitors back in front.

It was expected that goal would lead to a more open and attacking game and while both sides continued to press forward, Rovers lack of cutting edge up front was to cost them. Cretaro and Liam Martin have been among the better performers in the team this year but their strongest attributes aren't necessarily suited to competing for aerial balls with little support from team mates.

With the quality of the game deteriorating Longford equalised in a manner in keeping with how the game was transpiring. A punt forward should have been dealt with comfortably by the Rovers defence but Gary Boylan's attempted clearance served only to present Eddie Dsane with a goalscoring opportunity which he duly took.

Both sides will feel they could have won but ultimately a point each was a fair outcome with Sligo Rovers moving up one place to sixth in the league while Longford Town are now three points adrift of Wexford Youths at the foot of the table.