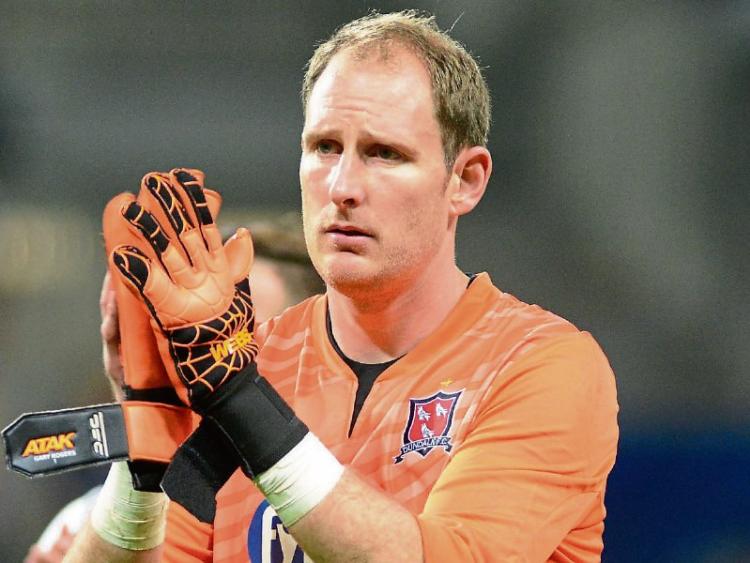 Such has been Dundalk's dominance of the SSE Airtricity League over the past two and a half years there has been a growing feeling that significant progress in Europe would be the only way a real, lasting, legacy would be assured for the current crop of 'Lilywhites'.

That is not to belittle what they have achieved domestically over the past few years. It is more an observation of the talent within their ranks and the drive and determination that is so obviously present within the group. For some a professional league in this country can only be judged a success based on the size of the players wage packets at the end of the week and the financial stability of a club. However, this Dundalk group seem to be different. They appear to have a collective drive to be as good as they can be and not use excuses such as facilities or finances as a reason not to fulfil their true potential.

In terms of talent there is no doubt Dundalk have a very good team, and are guided by a strong minded and tactically astute manager in Stephen Kenny. Like most clubs in Ireland, Dundalk are full of players whose careers have suffered more than their fair share of disappointments and the same is equally true of their manager. Stephen Kenny has been around the league for a number of years and enjoyed varying degrees of success when he was in charge at Derry, Longford and Bohemians before he tried his luck in Scotland with Dunfermline.

The Scottish adventure didn't prove memorable but Kenny was warmly welcomed back to Derry where he guided the club back to the top flight. Kenny moved on to Shamrock Rovers in time for the 2012 season but was unable to build on the success brought by Michael O'Neill and left to join a Dundalk side, seemingly in disarray, a year later.

Against all expectations Kenny assembled a squad full of talented and hungry players at the club and they finished second in the league at the first time of asking and since then they haven't stopped winning.

The loss of Richie Towel to Brighton was predicted by many as being the beginning of the end of Dundalk's period of dominance but that has proved to be far from the case as the likes of Ronan Finn, Robbie Benson and Stephen O'Donnell have stepped up to the mark impressively this season while Daryl Horgan continues to show why he is tipped to be the next from the domestic league to make a big impression in England.

Throughout the team there are senior players, who previously would have been considered 'journeymen' playing alongside some of the best young talent in the country. In 2012 Gary Rogers helped Sligo Rovers win the league title and since his move to Dundalk has continued to show why he is the best goalkeeper in the league. When he was invited to train with Ireland ahead of the friendly against Holland last May, such was the impression he made on Martin O'Neill he was named among the substitutes for the game. That was the closest a League of Ireland player has come to winning a senior Ireland cap since Joe Gamble in 2007.

David McMillan, who scored the two vital goals for Dundalk last week against Icelandic side FH Hafnarfjordur, that secured their progression to the third qualifying round of the Champions League is another who spent time at The Showgrounds. He joined in the summer of 2013 but failed to make a real impact on the team and his time in Sligo proved to be short lived. Now, he is showing his true value. Nine goals in the past four games (in all competitions) have seen Dundalk consolidate their position at the top of the league domestically while progression to the third qualifying round has also guaranteed a significant financial windfall for the club.

Yesterday evening, Tuesday, Dundalk played Belarusian champions Bate Borisov in the first leg of the third round Champions League qualifying round, in the knowledge that they were just 180 minutes away from, at the very least, a place in the group stages of the Europa League.

Defeat against Bate (who they lost to 2-1 on aggregate last year) will see Dundalk compete in the Europa League play-off round while victory would add to the €1.2m the European odyssey stands to make Dundalk and see them edge ever closer to the group stages of the Champions League.