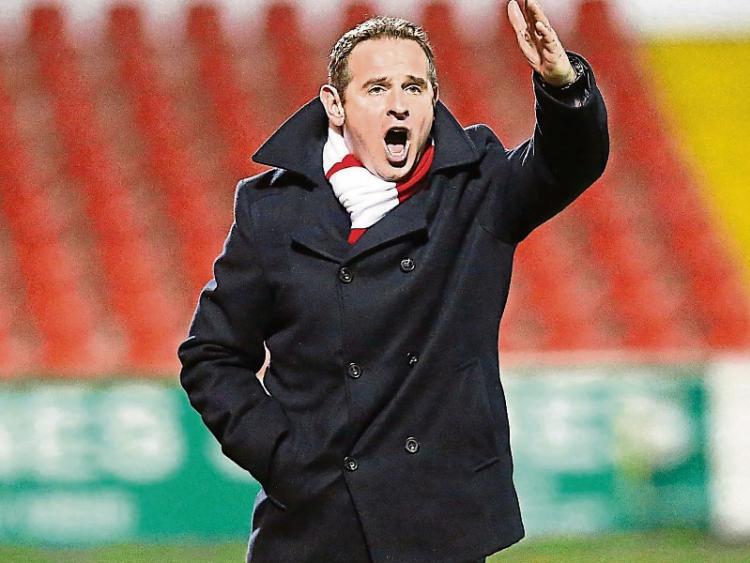 Sligo Rovers maintained their impressive recent home record on Friday night last when they entertained Derry City in The Showgrounds.

However, it proved to be another frustrating night for the home supporters as several promising scoring opportunities failed to produce a breakthrough and ultimately both sides had to settle for a share of the spoils.

Derry enjoyed plenty of possession during the opening half but it was the home side who enjoyed the better chances with Raffaele Cretaro the first to threaten Ger Doherty's goal in the tenth minute.

Liam Martin did very well to win possession and quickly released Cretaro but the Tubbercurry man, who was in fine form in recent weeks, was unable to get the ball fully under control before shooting and Doherty was able to claim possession.

Both sides had a number of half chances with Gavin Peers for Rovers and Rory Patterson both failing to trouble either Doherty or Schlingermann with shots from distance.

Ten minutes before the interval Sligo Rovers had arguably the best chance of the game to break the deadlock when Kieran Sadlier and Liam Martin combined to well but failed to find the elusive breakthrough.

The initial chance fell to Martin but he was denied by Doherty and Sadlier's rebound was also saved by the Derry City netminder.

The home side were more positive after the break and spent prolonged spells in the opposition half as they enjoyed the lions share of the majority. However, in a largely uninspiring performance the home side struggled to create clear cut scoring opportunities.

Just after the hour mark the visitors came close to opening the scoring but Niclas Vemmelund's effort was cleared off the line by Jimmy Keohane.

It proved to be a frustrating game for both sides but on reflection it will be a game in which Dave Robertson and his Derry City counterpart Kenny Shiels will be happy to have secured a point.