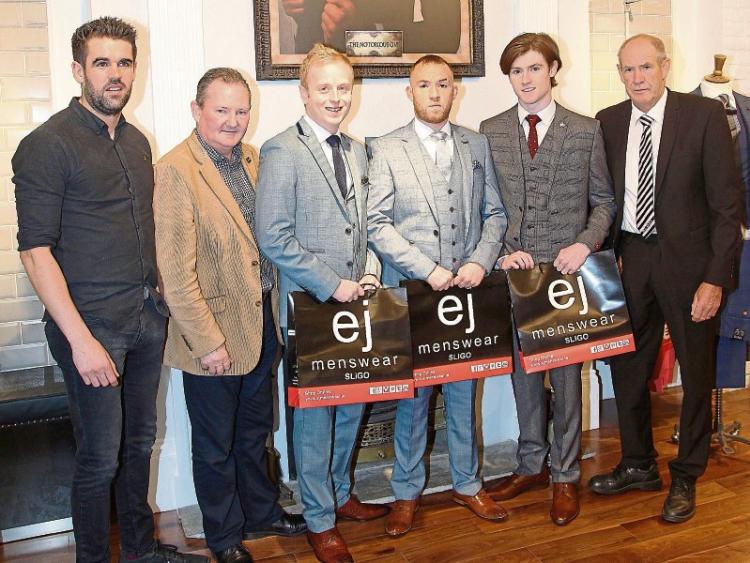 The first of the semi finals between St. Johns FC and Ballymote Celtic at the Astro facility in Cleveragh. The second semi final between Carbury FC and Boyle Celtic is due to be played mid week with the final set for a 2 pm kickoff next Sunday in Ray Mac Sharry Park.

Ballymote Celtic have one hand on the Cup following their triumph over Carraroe based St Johns FC. The Saints started with great gusto and piled the pressure on Celtic but failed to capitalise on their attacking football.

Midway through the first half and St John's failed to clear from a free kick allowing the Ballymote midfield to break and find Mark Irwin, fresh from collecting his E.J.s Menswear sponsored suit as a reward for winning the Sligo Pallets leading goal scorer award 2015 and he made no mistake slotting home from close range.

St John's fought hard for the equaliser before the half time whistle but Ballymote Celtic were not going to relinquish their 1-0 lead going in at half time ahead by the only goal of the first half.

It was more of the same until the 75th minute Mathew Drew doubled the score-line following his super strike. There was no coming back for St Johns with the tie finishing 2-0 to the Ballymote.