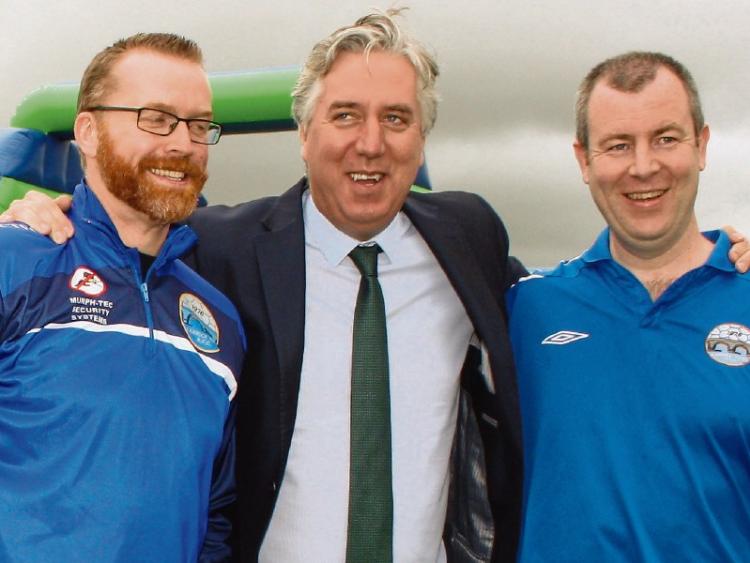 The fact that an Irish club was, before last night, just 90 minutes away from competing in the Champions League should be the only talking point this week, but late on Sunday night the Chief Executive of the FAI, John Delaney was dragged into the police investigation in Brazil in relation to allegations of ticket touting.

While our athletes, boxers, rowers, swimmers, gymnasts and other Olympians competed to the best of their ability, the ticket scandal involving Pat Hickey and the Olympic Council of Ireland has overshadowed all other matters in Rio. Although he is accussed of no wrong doing, the fact that the Brazilian authorities have sought to seize Mr Delaney's passport is far from ideal as it has distracted attention from the real stories of the games.

All of a sudden there is little talk of how the boxing squad lost the talented coach Billy Walsh to the USA or the fact that a member of the boxing team, Michael O'Reilly, was sent home after failing a drugs test. Equally the achievements of Annalise Murphy and the O'Donovan brothers Gary and Paul have faded somewhat from the memory as the Brazilian authorities continue their investigation. In a few months the average sports fan who tunes in just once in every four years will have forgotten about the likes of Thomas Barr, Scott Evans, Arthur Lannigan-O'Keeffe and Natalya Coyle.

With the current investigation going to the top of sport administration in the country it is time questions that have long gone unanswered are addressed. The arrogance that OCI President Hickey and Vice-President Delaney have displayed for years has surely come to an end.

When John Delaney visited Manorhamilton last year he was more than happy to sit down and talk about the 'festival of football' the FAI were hosting in Sligo and Leitrim for a week. He spoke about his vision for better structures within the League of Ireland and was more than happy to praise all the work that is being done in the region at clubs like Manor Rangers.

However, he wasn't so keen to talk about other issues. In fact, it was made clear the only condition of him agreeing to sit down for an interview was that no questions of national relevance would be asked.

Year in, year out the FAI hold their AGM at the end of the week long 'festival of football' and every year delegates applaud the man about whom a mini-documentary was made entitled 'John the Baptist' for the leadership he offers the game in this country. Year in, year out journalists attend the AGM and every year they file reports about the futility of attending. There is no opportunity for questions with regard the finances of the organisation and there is certainly no opportunity to question the leadership of Delaney. It would perhaps be difficult to do so in a room packed full of delegates who are as loyal to the CEO as could be imagined. Sligo Leitrim delegate Noel Kennedy referred to Delaney as the association's greatest every signing last year.

Last year, when the AGM was held in Sligo there was security outside the hotel to ensure no protests would be made against Delaney. In the Aviva Stadium the heaviest security is often found amongst the only section of the ground that try to create an atmosphere for fear they may unfurl an anti-Delaney banner. Clubs up and down the country have also been reportedly fined following banners the association took offence with. Rather than address concerns that many have with the way the game is administered in the country, the usual approach has been to rule with an iron fist and impose fines on clubs who can scarcely afford to pay them.

The primary role of the Association's Chief Executive should revolve around promoting and developing the sport he represents. Issues regarding his wages, the songs he enjoys singing in the small hours and his private life should not be of any relevance to the general public.

He may very well point to the success of the Ireland team during the recent European Championship and the success of Dundalk in the qualifying stages of the Champions League as reason to believe all is well with the game in the country. However, if the game is to be brought to the next level it must be made a priority that a new era, with much more transparency be heralded.