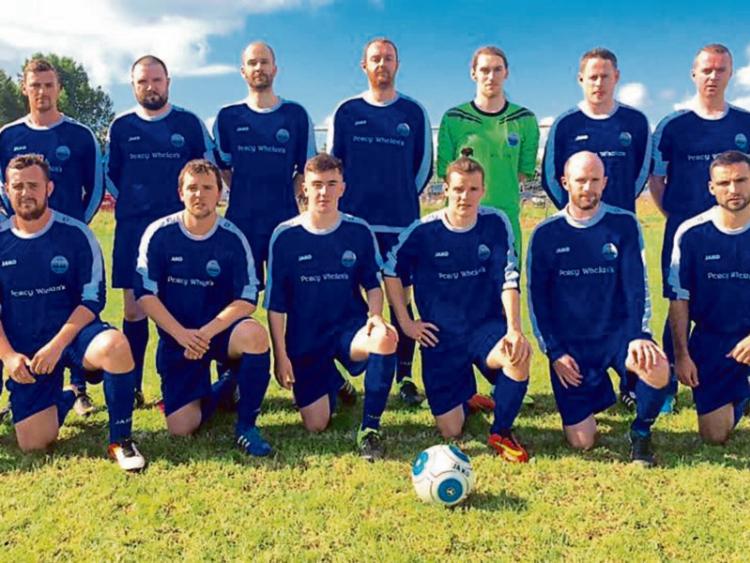 Carrick Town's Senior side kicked off their season with an emphatic 8-1 victory over Coolaney United at the Showgrounds on Sunday last.

It was a particularly scintillating display from our debutant Rodrigo Bouabida who capped off a virtuoso display by netting a hat trick which included a screamer of a free kick from 30 yards out to set the home side on their way.

Veteran defender Niall Comerton netted a brace with two calmly disposed penalties in the first half. Conor Shanley, Conor Silke and Fergie Daly also got on the scoresheet to complete the rout.

Carrick know they will face sterner tests and will need to continue to improve if they are to mount a serious title threat.

There were missing a number of key players so competition for places should be intense as the season progresses.

Training every Wednesday & Friday at 6pm. Next up is a home fixture next Sunday at home v MCR. KO, 11am.

U12: Hard luck to both our U12s teams who started off their league campaign with defeat narrow defeats. Both teams played well and were unlucky to lose. Thanks to the players for a good effort and also to the parents for helping out. Training will continue on Tuesday next at 5pm (note the different day and time).