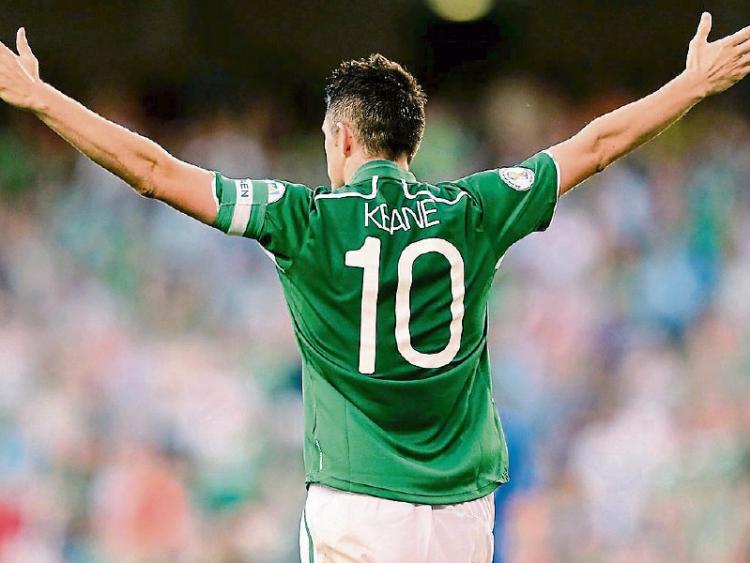 Tonight, Wednesday, Ireland’s football supporters will bid a fond farewell to the greatest goalscorer to have donned the green jersey when Robbie Keane makes his final appearance for the boys in green.

There had been a less than enthusiastic public response to the prospect of playing Oman, the side ranked 107th in the world for the third time since 2012, but last week’s announcement by Keane that he would be hanging up his green no. 10 jersey has helped generate some interest in the fixture.

There was little excitement about the prospect of facing Oman once more, even though it is the first international since Euro 2016. When the sides met two years ago just 14,376 paying customers turned up and it would be hard to argue with those who felt it was a better decision to stay at home or anywhere else! However, Keane's announcement that tonight will be his last occasion to represent his country has added some merit to tonight's fixture.

The man who has scored 67 goals in 145international appearances has received his fair share of criticism throughout his career since he made his Ireland debut in a friendly against the Czech Republic in March 1998. He should be held in the same esteem as the likes of Brian O'Driscoll, Paul McGrath, Tony McCoy and the very best Irish sports stars but that has never appeared to be the case. Perhaps in retirement he will be remembered more fondly.

From an early age Keane was tipped to go all the way in the game. He was a superstar at Wolverhampton Wanderers while still a teenager and even though he was sold to another Midlands club, Coventry City, he has always remained a firm fan favourite among the Wolves faithful.

During the 2003/'04 season Keane was serenaded by the Wolves fans when he returned to Molineux as a Tottenham player. When the game got underway Keane put sentimentality to one side as he scored for Spurs which did nothing for Wolves' hopes of staying in the Premier League. Long after the full-time whistle and after the Tottenham bus had departed Keane was still signing autographs as he mingled with the home supporters. Pre-camera phones and social media it went largely unnoticed and unreported that Keane and the Wolves fans had maintained such a strong bond.

Perhaps his loyalty to the Irish cause, at times when the team varied between being inconsistent and desperate isn't fully regarded as loyalty. Many will recall uninspiring performances during the Staunton and Trapattoni years and Keane seems to have taken his share of criticism from those largely barren years with many feeling Ireland would have benefited from Keane spending some time on the bench during those difficult years.

For much of his international career it has been said that Keane's goalscoring record has been glorified by his ability to score for fun against minnows such as the Faroe Islands or more recently Gibraltar but it is also worth remembering that Keane has scored more than his fair share of vital goals in the green jersey, none more so than the equaliser against Germany in the 2002 World Cup, away goals against Holland in 2000 and '04 and a late equaliser against Italy in Bari in '09.

Last Sunday Stephen Hunt wrote about his relationship with Keane while they played together for Ireland. Hunt hinted that Keane felt empowered by the adulation heaped upon him when he scored but that he was also critical when passes didn't come his way. In the stands it often appeared that way. Keane could be testing the patience of the majority in attendance with gestures of frustration and a seeming lack of willingness to chase after defenders. However, that was never his strength and he knew that more than anyway. His strength was always goalscoring and his track record proves he was one of the best.

Upon announcing his retirement last week, Keane thanked virtually everybody who has helped along a journey that has seen him play for the likes of Inter Milan, Liverpool, Celtic, Spurs and LA Galaxy.

However, it is clear none of those big clubs were anywhere near as significant to him as his time wearing the green of Ireland. In time he will be remembered as one of the country's true sporting greats.