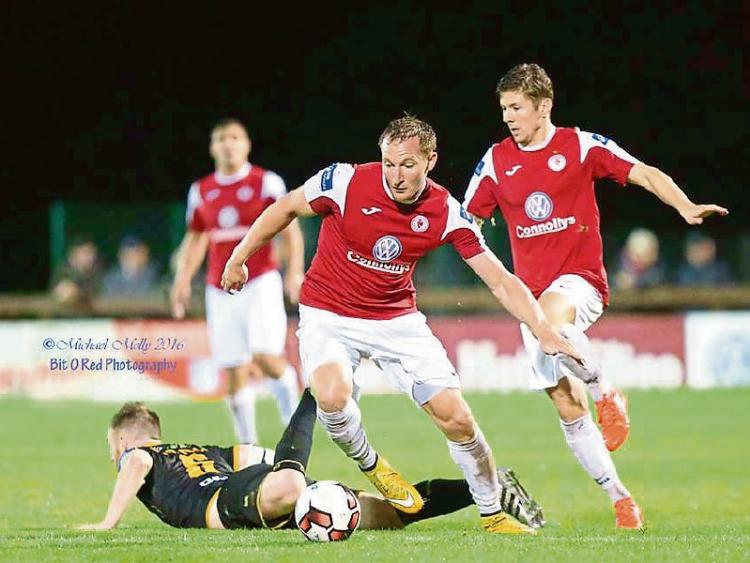 Sligo Rovers hopes of European football in 2017 suffered a significant setback last week when they were defeated by defending league champions Dundalk in The Showgrounds.

What was always going to be a tough task become something akin to mission impossible when Rovers' captain Craig Roddan was issued with a straight red card after just nine minutes of action. Manager Dave Robertson bemoaned the decision but on a wet and greasy pitch Roddan could have few complaints. The manner in which he slid towards Daryl Horgan was at best mistimed and at worst malicious - it certainly looked dangerous and it wasn't a surprise when he was issued with a straight red card.

It is normally the case that a side reduced to 10 men will make a substitution but Robertson opted against turning to his bench at that time. With Ronan Finn and Stephen O'Donnell in the heart of the Dundalk midfield the task facing Sligo Rovers was significant and they fell behind just five minutes after being reduced to ten men.

On a wet and miserable evening the visitors had a number of chances to increase their lead during the opening half but Daryl Horgan and McMillan were unable to find a decisive finishing touch.

Rovers did have a brief sight of goal midway through the first half when Dundalk goalkeeper Gary Rogers was less than convincing when trying to deal with a long ball that landed outside his box but Kieran Sadlier was unable to take advantage of the brief glimpse of goal he was presented with.

While Sligo Rovers will be disappointed with the loss and they expressed frustration with some of the decisions of the referee they can take heart from the battling performance they produced in the second half.

However, the closest they came to troubling Rogers was a long range effort from Raffaele Cretaro which went over the Dundalk crossbar.

John Russell was introduced for Kieran Sadlier with a little over 20 minutes remaining and he helped add some steel to the Rovers midfield but Dundalk continued to look threatening when they attacked and they had good opportunities to stretch their advantage but Robbie Benson, Horgan and McMillan were unable to add to their lead.

With four minutes remaining Rovers introduced Mikey Place for Achille Campion, the Frenchman visibly feeling the effects of being the lone front man for so long.

The closest they came to an equaliser was a late penalty appeal when Gavin Peers went tumbling.

Next up for the Bit O'Red is a trip to the Carlisle Grounds on Saturday to face the much improved Bray Wanderers.