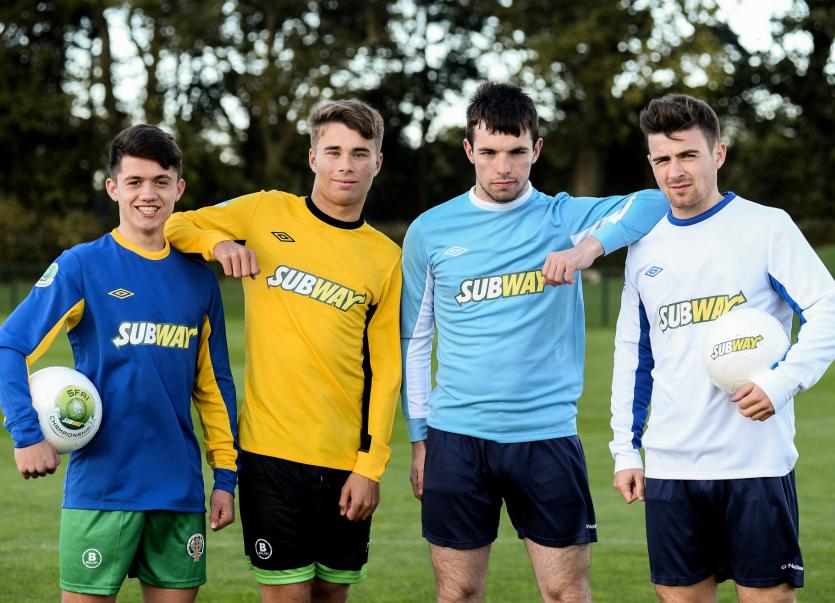 Subway stores throughout Ireland have announced title sponsorship of the SFAI Subway Championship. The competition, formerly known as the SFAI inter-League competitions, is played between League representative teams at the U-12, U-13, U-15 and U-16 age categories on a regional basis with the qualifiers progressing to the knock-out stages leading to the National Finals each year. The competition will get underway in the coming weeks.

The three year partnership continues Subway stores commitment to supporting grassroots and schools sports in Ireland. The brand is title sponsor of the Northern Ireland Boys’ Football Association National Youth League and supports schools basketball and hockey through its sponsorship of the Subway All-Ireland Schools Cup and Subway All-Ireland Schoolboys and Schoolgirls Championships.

The Subway brand, which now has 165 stores in Ireland, will engage with franchisees all over the country and encourage them to support their local team when the Championship kicks offer later this month. The sponsorship will be supported with a full activation plan which will include product sampling, media partnerships, social media support, man of the match competitions, and experiential activity on match days.

Speaking about the sponsorship, Muriel O’Grady, Subway Ireland Marketing Board Chairperson said, “We are proud to announce this three-year sponsorship deal with the SFAI. It marks another important step in our commitment to promoting a healthy and active lifestyle through our support of grassroots and school sports across Ireland.

“Subway stores are all locally owned and operated by individual franchisees who work in the heart of local communities. The SFAI is an incredible community-based organisation and we are very proud to be supporting the most popular sport in the country at a grassroots level.

“We believe this partnership with the SFAI will help to grow the SFAI Subway Championships, nurture young talent and recognise and reward the coaches, officials and volunteers that give so generously of their time to grow soccer within the towns all over Ireland that our stores operate.”

Discussing the partnership, John Earley, SFAI Chairman said, “The SFAI are very excited to commence our partnership with the Subway brand. The SFAI will look to benefit from the heightened profile and exposure that the partnership with Subway stores will provide, however the true beneficiaries will be the grassroots of the SFAI, where the sponsorship revenues will be directed to facilitate the continued development of underage football in Ireland. Once again the SFAI would like to thank SUBWAY® stores for their generous sponsorship of the SFAI Subway National Championship for the coming year.“