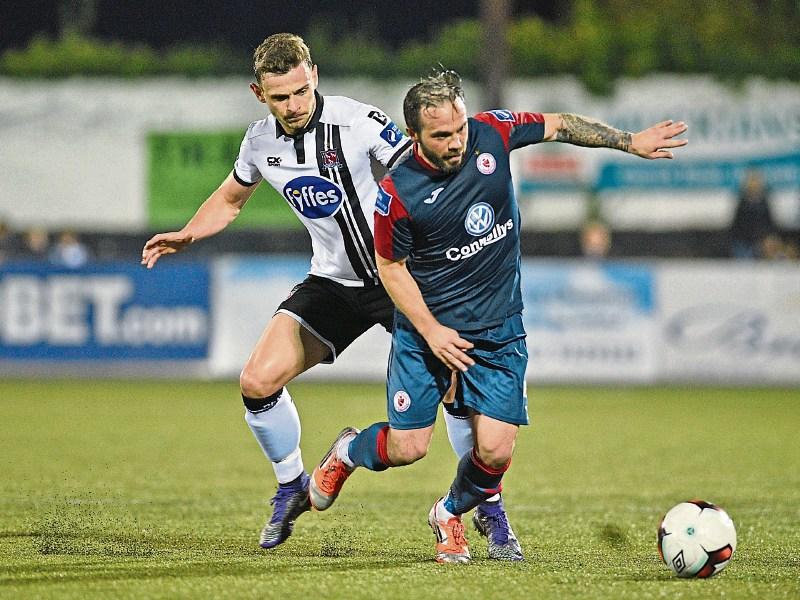 Since Sligo Rovers won the league in 2012 trips to Oriel Park have been largely forgettable experiences - heavy defeats, dubious penalties, harsh red cards and Dundalk players getting the scent of blood have been themes of recent visits to the ground.

Unexpectedly the opposite proved to be the case last Saturday when Rovers made the trip to face a side who are being described as one of the best club sides ever to have operated in the League of Ireland.

With little to play for in the remaining league games there weren't many who would have predicted Sligo Rovers would be able to take anything from this game. A heavy 4-0 away defeat at the hands of Bray Wanderers was followed by three successive scoreless draws.

It was understandable manager Dave Robertson had attempted to make the team more solid - the difficulty being they have recently looked rather toothless in attack.

It was difficult to envisage where the goal threat would come from but within a minute of the kick-off that question had been answered.

Dundalk goalkeeper Gary Rogers, who won a league winner's medal during his time with Rovers, failed spectacularly to deal with a back pass and allowed the ball to roll under his foot and head towards goal. Rogers did well to claw the ball off the goal line but with the goalkeeper now planted in the back of the net Achille Campion had the simple task of scoring into an unguarded goal.

As y0u would expect Dundalk came roaring back and applied plenty of pressure to the Rovers goal. However, they were unable to find a breakthrough despite several chances.

Rovers were dealt a real blow when Campion's involvement came to an end just after the half hour mark and he was replaced by Phil Roberts. Roberts arrived at the club with an impressive track record. He served an apprenticeship with Arsenal and has been capped by Ireland at U-17 and U-19 level. Still just 22 years of age he has struggled to make a real impression this season. His last contribution of note was a wonderful free kick against Longford in July.

The chance to impress against Dundalk, who have been impressing so many pundits this season obviously appealed to Roberts as he produced his best performance in a Rovers jersey.

Six minutes after Roberts' introduction he doubled the visitors advantage with a stunning curling shot that was placed out of the reach of Rogers and into the corner of the goal.

Roberts' contribution was even more notable after the break when Rovers were once again reduced to 10 men, with Liam Martin seeing red after a foul on Sean Gannon.

Roberts produced a disciplined defensive display for the remainder of the game and when Raff Cretaro wonderfully fired past Rogers from distance with a little under half an hour remaining the points were all but secured.