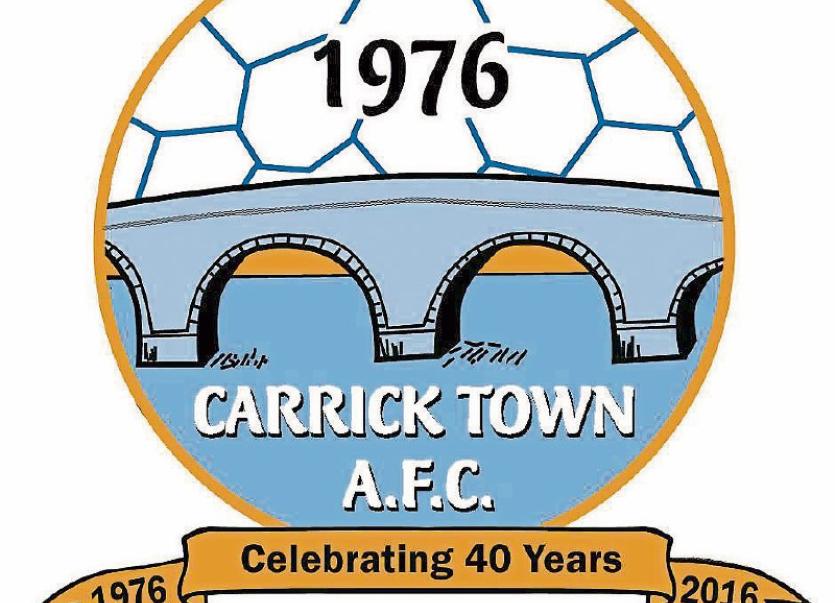 U14: Our U14s continued their unbeaten run in the league with a 2-2 draw v Strand Celtic at Sligo Showgrounds. Strand scored their first five minutes into the game catching out our defence with a quick break up the field to go one nil up.

Carrick responded with their first goal five minutes later. Ultan Kelly fired in a brilliant corner which Strand failed to deal with, allowing the cool headed Sean Brennan to score from close range.

Strand continued the half with a lot of possession and could have been further ahead only for our brave keeper Niall Crowe who made some excellent saves. With five minutes to go in the half Strand broke through the Carrick defence when Oisin Curley was deemed to have taken down the Strand attacker resulting in a penalty.

Strand scored from the spot with a well taken penalty. The second half Carrick never gave up and Niall Crowe kept us in the game with more outstanding saves stopping several shots from Strand. Brian McKenna was unlucky not to get the equaliser rounding the keeper but shooting just wide of the post.

With five minutes left Brian won the ball and scored a brilliant goal from 30 metres out lobbing the keeper to draw the sides level. Mark Lowe came close to getting the winner in the last minute of the game with the Strand defence clearing his shot off the line.

All the lads played their hearts out and were unlucky not to get the three points. We are now third in the league with the a game in hand.

Race Night Fundraiser: Thanks to everyone who supported our Race Night fundraiser in Dunnes Bar. Also to those who bought and sold horses, it is very much appreciated and funds raised will go a long way towards supporting the needs of the club especially underage teams. Thanks to Niall and his helpers Sean McGoldrick and Barry Singleton. Thanks to all at Dunnes Bar for their help in staging this important fundraiser. Also to the Leitrim Observer for their coverage over the last few weeks.

Sympathy: The club would like to express their sincere sympathy to our Treasurer Brendan Lowe and the Lowe family on the passing of their mother, Kathleen Lowe, Bridge Street. May she rest in peace.