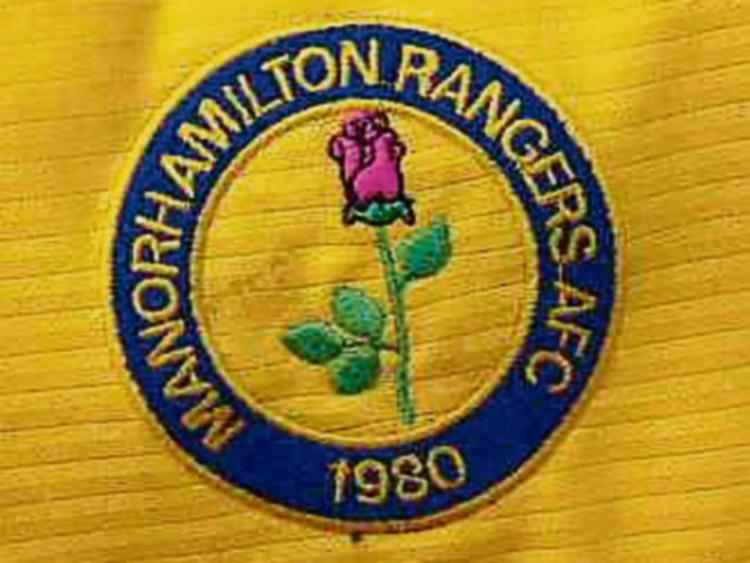 Manor Rangers go into the Christmas break in fourth place in the Sligo Southern Hotel Super League following an impressive 4-2 victory over Yeats United in the Bee Park on Sunday morning last.

Manor had the first sight of goal after good approach play involving Alan Hickey and Seamus Ryder but Niall Walsh was just off target.

Yeats took confidence from that early goal and would have extended their lead only for the intervention of Paul Scanlon who made an excellent save before Paul Clancy made cleared the ball off his goal line.

The visitors didn't have to wait much longer before they doubled their lead with Paul Logan's shot from 30 yards left Scanlon powerless.

Trailing by two goals inside 25 minutes, Manor faced an uphill battle but they regrouped well and halved the deficit 10 minutes later.

The ball fell kindly for Niall Walsh whose initial shot rebounded to him off a defender. Having regained possession he took the ball clear of the defender before shooting to the net from a tight angle.

With Manor now starting to gain the upper hand, they levelled matters with five minutes of the half remaining. Brian McDonald's free kick was parried by the Yeats goalkeeper into the path of Seamus Ryder who made no mistake from close range.

Incredibly it was to get even better for Manor before the half-time break as Niall Walsh struck for his second of the game. Brian McDonald's header in the centre of the pitch was delivered perfectly into the path of Walsh who showed great composure to slot the ball under the goalkeeper and into the net.

The second half began in the same dramatic manner the first half finished with Brian McDonald very unlucky not to extend Manor's lead. His lob seemed to be perfectly executed but the Yeats goalkeeper, who was off his line, did very well to get a fingertip to the shot.

With just a goal between the teams the game was still in the balance and Manor were once again grateful to Paul Scanlon who made a fine diving save to keep his side's lead intact.

At the other end of the pitch Paul Clancy delivered an excellent cross but there was no Manor player there to take advantage.

The end to end nature of the game continued with Paul Scanlon continuing to preserve Manor's lead before the home side struck decisively for their fourth goal of the game.

Niall Walsh turned provider with an excellent pass for Brian McDonald who delivered a shot low and hard to the bottom corner of the Yeats goal to help ensure Manor claimed all three points.