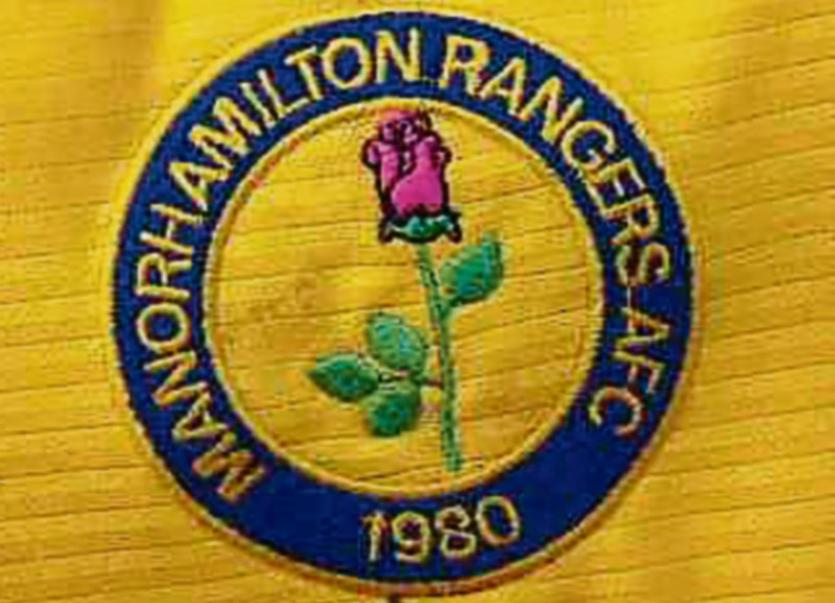 Manor Rangers brought their good pre-Christmas form into the new year as they began 2017 in style on Sunday morning last with a comprehensive win when they traveled to face  Aughanagh Celtic last Sunday.

Despite the emphatic look to the final score Manor were made to work hard for the three points and actually trailed at half time.

Former Sligo Rovers striker, Paul McTiernan, opened the scoring for the home side with a stunning strike from distance as the visitors struggled to adjust to the pace of the game.

Manor responded well to that early setback and had chances to level. Colm Callinan was inches away from finding an equaliser after an excellent delivery from Niall Walsh and shortly afterwards Alan Hickey was unlucky to see his header from a corner go just wide.

The equaliser didn't take much longer to arrive and it proved to be worth the wait. Goalkeeper Paul Scanlon's delivery was guided into the path of Brian McDonald by an excellent header from Seamus Ryder and McDonald applied a composed finish to slot the ball under the goalkeeper.

Having scored the equaliser Manor sought to take the lead and they did have the ball in the net shortly afterwards but the celebrations after Niall Walsh's goal were shortlived as it was ruled out for offside.

Manor's task appeared to get somewhat easier when Aughanagh were reduced to 10 men following an off the ball incident but Aughanagh put that set-back behind them as Bryan Craig struck to regain the lead shortly before the interval.

Manor knew an improvement was needed after the break and they duly delivered. Paul Scanlon's distribution was again key for Manor as he found Niall Walsh in space in the centre circle.

Walsh then drove forward before unleashing a powerful shot to the corner of the Aughanagh goal.

Aughanagh refused to throw in the towel and almost regained the lead but a gilt-edged chance was blazed over the bar. Manor made Aughanagh pay for that miss as Alan Hickey struck for his side's third goal of the day after good play involving Niall Walsh and Adrian Croal.

Manor went a long way towards securing all three points when Adrian Croal got in on the scoring act. Croal was quickest to react after the Aughanagh goalkeeper had saved Aaron Hickey's shot from distance and scored from close range.

Aughanagh's task became significantly more difficult when they were reduced to nine men for the closing stages of the contest.

With victory secured and time running out the scoring was completed when Brian McDonald pounced for Manor's fifth goal. McDonald rose above the Aughanagh defence to head home a perfectly delivered corner from Colm Callinan.

Next weekend will see Manor Rangers make the short journey to face Calry Bohs on Sunday morning as they look to keep the pressure on the teams above them.